News UP FOR THE CUP

Caravaggio is laid-back and takes everything in his stride

How long have you looked after your horse?
I took over him this year as a three-year-old after he came down from the two-year-old yard. He's been nothing but a pleasure to deal with since he's arrived. He's laid-back, takes everything in his stride and I'm afraid I cannot take any of the credit for anything. He's just a star.

Do you look after any other stars in the O'Brien stable?
I look after five at the moment. I have Caravaggio, Churchill, Highland Reel, Capri and Deauville. It's been a brilliant couple of weeks with them all. For Caravaggio and Highland Reel to both win at Royal Ascot and then Capri to come out and win the Irish Derby was just unreal. It's been a wonderful year so far, and let's hope it continues on Saturday.

And have you looked after any of the Ballydoyle legends over the years?
I sure have. I've been very lucky over my 19 years here. I've been groom to Australia, Camelot, Yeats, Dylan Thomas, So You Think and Starspangledbanner. They are the six who spring to mind most. 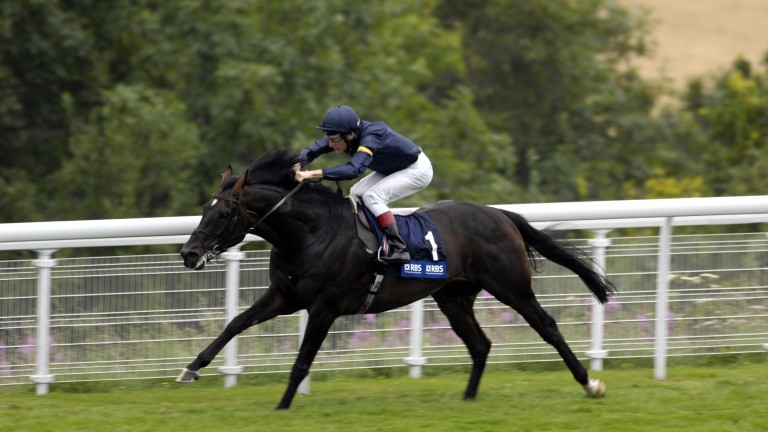 Yeats: legendary stayer was 'mad about apples'
Edward Whitaker
Who was the biggest character of all those?
Definitely Yeats. He was some character. You couldn't take your eyes off him because if you did he'd bite you in a second. He was as strong as an ox too. He was a brilliant horse. It's funny, he was mad about apples. He would eat them until they were coming out of his ears.

What chance do you give Caravaggio in the July Cup?
I really hope he can keep on winning but it's not going to be easy. He's taking on older horses and you never know how the form compares until afterwards. He's in mighty form at home. He's a very confident horse and has a swagger about him. He is very laid-back but when he gets to the track he just flicks a switch and away he goes. And boy does he go!

Will you be nervous?
No doubt about it, especially on Saturday morning. I just hope everything goes okay and he shows what he's made of. I hope I don't mess things up myself either. I'll be happy when I let him off down to the start – and even happier if he comes home in front.

FIRST PUBLISHED 6:03PM, JUL 11 2017
For Caravaggio and Highland Reel to both win at Royal and then Capri to come out and win the Irish Derby was just unreal