Captain out to prove he is not done with yet 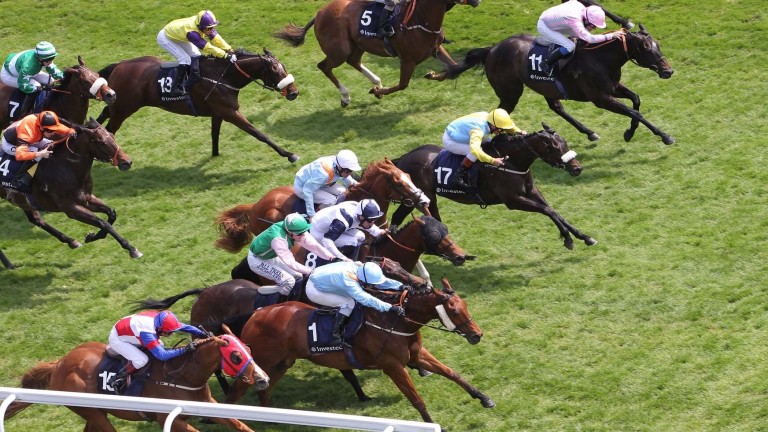 Captain Dunne (1) wins the 2011 Dash at Epsom
CAROLINE NORRIS
1 of 1
By Jon Lees 3:21PM, NOV 18 2016
MEMBERS of Middleham Park Racing are well accustomed to competing at Flat racing’s elite level, but one of the horses who helped get them there runs for the 100th time today.
When the syndicate operators bought Captain Dunne for 30,000gns in 2006 he was the most expensive horse in their string. Trainer Tim Easterby turned him into a profitable acquisition, developing a sprinter who has won more than £200,000 in prize-money, with his 12 victories including the 2011 Investec Dash.

“He was probably the first good horse we had,” said racing manager Tim Palin of the 11-year-old named after former Manchester City defender Richard Dunne. “We owe him a massive debt of gratitude for helping put us on the map.”
At his peak Captain Dunne was rated 108 but, without a win since July 2015, his mark has slipped to 63. His landmark run comes on his fourth all-weather outing in Newcastle’s 5f handicap (5.15).
“The all-weather season could be his swansong,” Palin added. “If he did win between now and the end of campaign we’d probably retire him. He’s in at Wolverhampton next week so if he could return to form we could have a bit of fun.”
FIRST PUBLISHED 6:00PM, NOV 17 2016
We owe a massive debt of gratitude to Captain Dunne for helping put us on the map