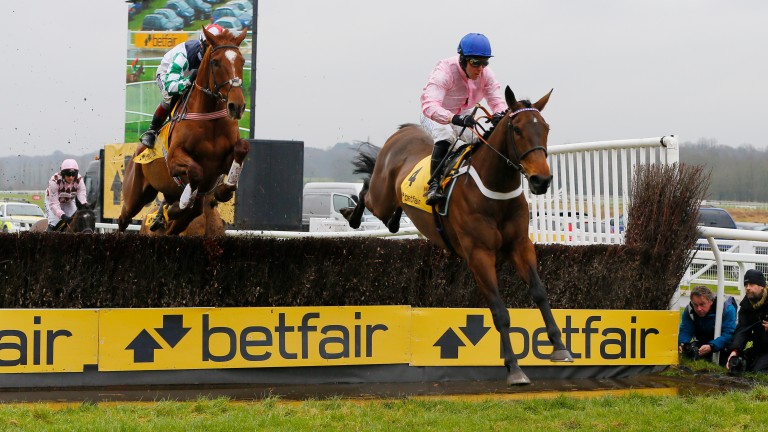 Captain Conan was in a stable condition in hospital on Monday night but his situation was said to be "touch and go" after he fractured his pelvis at Ascot on Saturday.

Trainer Nicky Henderson said the winner of three Grade 1 novice chases was under the care of vets Scott Dunn and Simon Knapp but faced a long recovery.

He said: "Captain Conan is currently stable and being monitored very regularly throughout the day. He is being kept as comfortable as possible but has a long way to go.

"He suffered a fractured pelvis, which often causes hemorrhaging, but I'm pleased to say that that is now going down, which is a major positive. Everyone at Seven Barrows loves him dearly and we are keeping everything crossed that he recovers, but it is touch and go."

Henderson also revealed in his Stan James blog that My Tent Or Yours would line up in the 32Red Christmas Hurdle, a race he won in 2013.

My Tent Or Yours finished second behind The New One, another contender for the race at Kempton on Boxing Day, in the International Hurdle at Cheltenham on his latest start.

"Barring mishap My Tent Or Yours will take his chance in the Christmas Hurdle," said Henderson. "The ground should be more to his liking so we're keen to go."

FIRST PUBLISHED 1:17PM, DEC 19 2016
Everyone at Seven Barrows loves him dearly and we are keeping everything crossed that he recovers, but it is touch and go