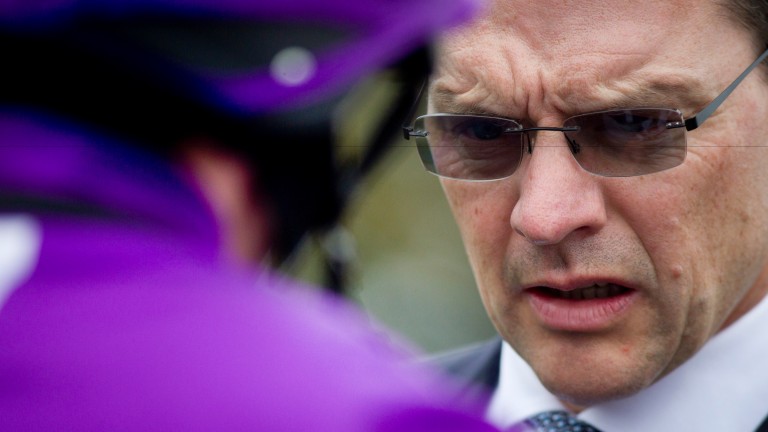 Aidan O’Brien will rely on Promise To Be True in the Group 1 Criterium International on Sunday, while fielding no fewer than four representatives in the 1m2f Criterium de Saint-Cloud on the same card.

Beresford Stakes winner Capri heads the quartet and is a 5-4 chance with Paddy Power, who are even-money about Promise To Be True.

Should both oblige, O'Brien will halve the deficit between his current score of 21 Group 1 winners for the season and the world record of 25, held by legendary US trainer Bobby Frankel.

Seamie Heffernan is entrusted with both rides while Ryan Moore is off on the first leg of a world tour, riding Maurice in the Tenno Sho Autumn in Tokyo on Sunday.

From there Moore heads to Flemington for Bondi Beach in Tuesday’s Emirates Melbourne Cup before partnering a clutch of Ballydoyle’s finest over the two days of the Breeders’ Cup at Santa Anita next Friday and Saturday.

Capri will be backed up by Douglas Macarthur (Donnacha O’Brien), Wings Of Eagles (Colm O’Donoghue) and Taj Mahal (Padraig Beggy) in a race in which 11 of the 13 runners are trained outside France.

The Mark Johnston-trained Frankuus has already proved his liking for French conditions in defeating Prinz Hlodowig annd Waldgeist – both of whom oppose – in the Group 3 Prix de Conde earlier this month.

"He's very well and has been in good form since Chantilly," said Johnston. "This has been the main plan for him for some time."

Mikel Delzangles is hopeful that Prinz Hlodowig can reverse his neck defeat in the Conde.

"He doesn’t have much to find with Frankuus but we will have to see about Capri, who was considered the favourite for the Racing Post Trophy," said Delzangles.

The Dewhurst Stakes form will be under scrutiny in the Criterium International over 7f, with Thunder Snow and South Seas – who should find the forecast going description between good to soft and soft more to his liking – set to take their chance.

FIRST PUBLISHED 2:44PM, OCT 28 2016
He doesn't have much to find with Frankuus but we will have to see about Capri, who was considered the favourite for the Racing Post Trophy