Talk of the Tracks FRANCE AUTEUIL

Capivari denies Footpad and puts himself in shop window 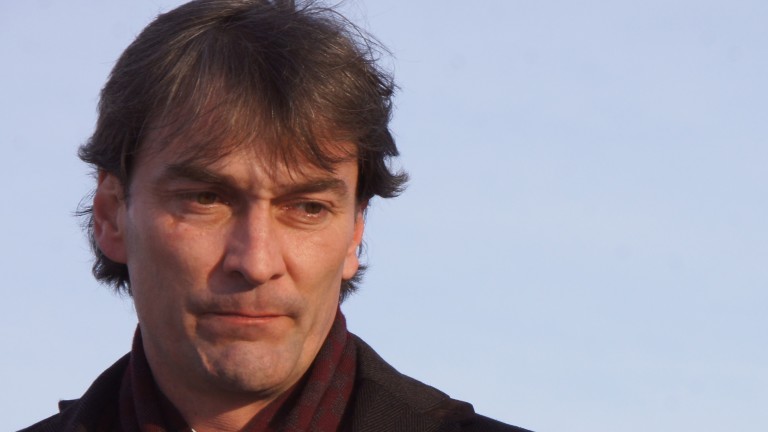 Capivari and a determined Regis Schmidlin deprived the Willie Mullins-trained Footpad of the Auteuil Grade 1 double for four-year-old hurdlers by a head on Sunday, with Adrien Du Pont a further length and a half back in third.

"Beforehand I'd have been happy if he'd finished in the first five but I'm delighted for his owner," said winning trainer Francois-Marie Cottin, who may not get to reap the benefit of Capivari's talent for much longer.

"He goes to the Arqana sales tomorrow unless his owner decides otherwise," he added.

Footpad crept into the race under a patient ride from Daryl Jacob, who saw his key rival, Device, come down at the second last.

"He's run a blinder and it's his first run of the year," said Jacob. "The winner is obviously a fit horse but mine battled back and is a tough horse."

Nick Scholfield made the frame in a Auteuil Grade 1 for the third time in the space of eight days and said of Adrien Du Pont: "I know he's won a Grade 1 but that wasn’t far off a career best. He handled the heavy conditions and stayed well."

FIRST PUBLISHED 7:31PM, NOV 13 2016
He has run a blinder and it is his first run of the year. The winner is obviously a fit horse but my mine battled back and is a tough horse