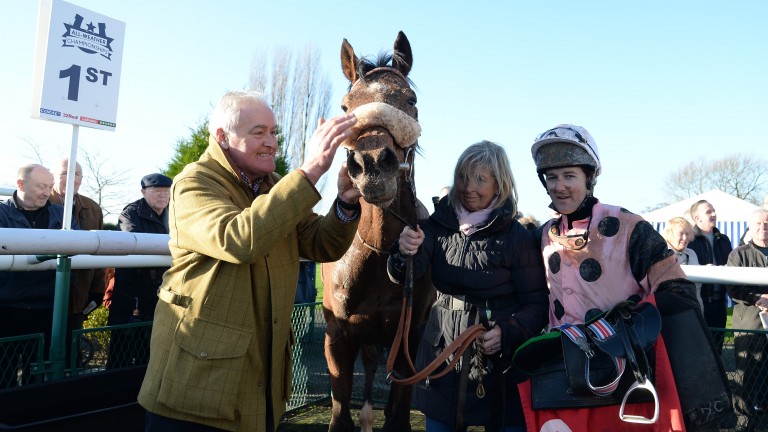 There won't be any more emotional comebacks for former leading all-weather record-holder La Estrella, who has officially been retired just one shy of regaining a share of his crown at the age of 15.

Don Cantillon has decided against bringing the old boy, who last ran at his beloved Southwell a year ago, back for one last hurrah and is happy to let him spend his days showing his younger stablemates the ropes around Newmarket Heath.

From 70 outings on the Flat and over jumps, La Estrella retires on 27 all-weather wins, one on turf and one over hurdles. He remains one short of former rival Stand Guard, who notched his 28th all-weather success last year before retirement in January.

La Estrella made his debut as a three-year-old in a 1m2f maiden at Leicester in 2006, when he was trained by James Given, and since joining Cantillon the following year found Southwell his happiest hunting ground, racking up 16 wins on the Fibresand.

Cantillon said: "La Estrella won't be running again and he's officially retired. I'm happy that he's retiring in one piece and he doesn't owe anyone anything.

"He's a great asset at home and was also great when we went to Southwell the other day, where he lead the others in a racecourse gallop."

Paying further tributes, he said: "He's in better shape now than he's been for a while – not like when we were going to give him away as a riding horse in 2009 before we noticed he was lame going on to the box.

"I had to ring the people and tell them he couldn't come and, after two years off, he was back in business. The rest, as they say, is history."

FIRST PUBLISHED 7:00AM, MAR 22 2018
La Estrella won't be running again and he's officially retired. I'm happy that he's retiring in one piece and he doesn't owe anyone anything