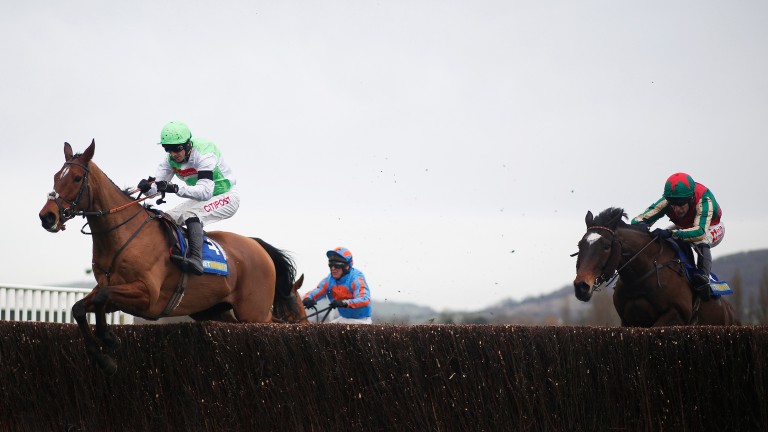 Perfect Candidate took an important step towards the Randox Health Grand National with a workout at Newbury on Sunday.

He has not raced since landing a veterans' chase at Exeter in mid-February, having foregone an entry in the Timico Cheltenham Gold Cup at Cheltenham.

But he delighted Fergal O'Brien with his gallop under Paddy Brennan, who will again be on board at Aintree on April 8.

"We took Perfect Candidate to Newbury this morning and he worked very well over a mile and a five," the trainer said on Sunday.

"It was just to get him out and sharpen him up a little bit. He worked with a nice horse called Lovely Job and I was very happy with him. I'm looking forward to Aintree."

Perfect Candidate, who is only 6lb off top weight in the National with 11st 4lb, will be attempting to emulate Pineau De Re, who won a veterans' chase on his way to Aintree success in 2014.

O'Brien, who had Alvarado finish fourth in the race in 2014 and 2015, said: "I hope Perfect Candidate can run as well there as Alvarado did. If he takes to the place as well he should give us a good run for our money.

"I think he'll stay – the trip will be the least of our worries. But I think the handicapper has been harsh giving him 6lb for his last win – the second and third haven't done very good, but we'll see."

O'Brien still hopes Viva Steve will make the final field at Aintree, but Alvarado looks set to miss the cut for the second year in a row.

Paddy Power cut the price of Gold Cup fifth Saphir Du Rheu to 16-1 from 20-1 on Sunday.

Spokesman Paul Binfield said: "Sam Twiston-Davies was very bullish about the horse on Sunday, saying he should run well again at Aintree, and that optimism seems to have rubbed off on punters."

FIRST PUBLISHED 6:13PM, MAR 26 2017
It was just to get him out and sharpen him up a little bit. He worked with a nice horse called Lovely Job and I was very happy with him