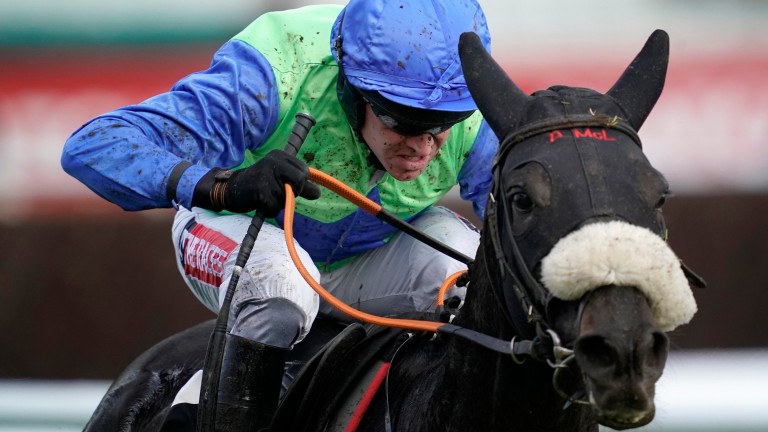 Dermot McLoughlin is looking forward to running Cheltenham winner Canardier at the festival, although which race he will contest has yet to be finalised.

The seven-year is entered for four races – the Ballymore and three handicap hurdles – and McLoughlin will be hoping for a much better experience than with his first runner at the festival five years ago when Vics Canvas fell at the first in the Pertemps Final.

The trainer said: "I have to discuss things with the owners but I’m leaning towards running Canardier in the Martin Pipe as he’s guaranteed a run in that race. He won a novice hurdle over the course and Martin Pipe trip in October, when Barry Geraghty rode him, and the form has been boosted since. He’s in very good form.”

Canardier won a novice hurdle at Cheltenham's Showcase meeting in October and has not raced since.

Cheltenham Festival success would be nothing new for the McLoughlin family as Dermot's father Liam, who died in 2010 and rode Arkle to his first win in a hurdle race at Navan in 1962, partnered Arkloin, trained by Tom Dreaper, to victory in what is now the RSA Chase in 1965.

McLoughlin, who trains near Ratoath in County Meath, saddled Vics Canvas to win the 2014 Cork National. The 13-year-old finished third at 100-1 to Rule The World in the 2016 Grand National on his final start.

FIRST PUBLISHED 10:27AM, FEB 28 2019
I have to discuss things with the owners but I?m leaning towards running Canardier in the Martin Pipe as he?s guaranteed a run in that race