Can classy Vinndication confirm himself a Graded performer in a handicap? 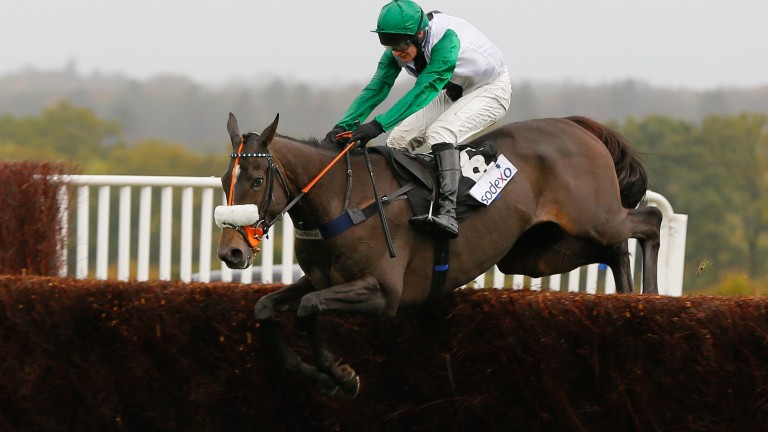 Vinndication: bidding for a second win in this race
Mark Cranham (racingpost.com/photos)
1 of 1
By Graeme Rodway and Richard Birch UPDATED 7:01PM, OCT 29 2021

Turn the clock back 12 months and Vinndication was going off favourite to beat the 176-rated Cyrname in the Charlie Hall at Wetherby, despite receiving just 2lb from the superior horse.

Vinndication came up short, but he was beaten only two lengths into second and, if you turn the clock back 24 months, the Kim Bailey-trained topweight was winning this race off 151.

He turns up here off just 7lb higher and appears well handicapped on both pieces of form, particularly the Cyrname effort, even if that rival is rated 8lb lower than a year ago at 168.

Vinndication has run only 14 times and that's because he is best fresh. His form figures either first time out or after breaks of at least 50 days read 111426, but his trainer Kim Bailey usually has more winners in October than he has this year. His total of three is his lowest return in the month in the last five seasons and ten fewer than he recorded 12 months ago.

Anthony Honeyball has already bettered three winners, from fewer runners, and no staying handicap chase at Ascot can go by without a mention for Regal Encore when he lines up.

He is now 13 and will be 14 in a couple of months, but his Ascot record is sensational. He has won the Silver Cup at the December fixture twice, the Swinley Chase in February once and last year he added this race to his haul. His course-and-distance figures are 10P13213132.

Regal Encore is 4lb higher than last year but goes well fresh and this will have been the aim.

The final word goes to the now Charlie Longsdon-trained Glen Forsa. Longsdon won this in 2015 with Pendra, but is just 1-43 with runners switched from another yard since the start of 2017. Maybe Glen Forsa will need the run on this first outing after leaving Mick Channon.
Race analysis by Graeme Rodway

Kim Bailey, trainer of Vinndication
He's 7lb higher than when he won this race two years ago and it was disappointing what happened in the Ladbrokes Trophy last season. He's done loads of schooling and Laura Collett has done a lot of work with him. He seems in a really good place and carrying this weight in a competitive race is a big ask, but I'm happy. Maybe he hasn't quite developed, but he loves Ascot and is unbeaten there, which is the reason we're going there rather than the Charlie Hall.

Dan Skelton, trainer of Bennys King and Captain Chaos
Both will improve for the run. They're older horses and history tells you they'll need a couple of runs to get the fire burning.

Paul Nicholls, trainer of Real Steel
I was disappointed with him last season. He didn't run too badly at Chepstow and I think he's too high for what he's achieved. I'm sure he'll be okay but he needs to come back to form, and the right-handed course will suit him better.

Anthony Honeyball, trainer of Regal Encore and Sojourn
It's a big ask of Regal Encore off a mark of 149 being a 13-year-old. He seems in great form – we schooled him earlier this week and he winged the last three fences. The fact he handles Ascot so well means he's always got a chance there. Sojourn is quite unexposed, a bit like Regal Encore was when he won it a few years back. He's not necessarily very well handicapped, but we think he's a nice horse for the big handicaps.

Gary Moore, trainer of Larry
It might be a bit ambitious going for this race but he was very unlucky not to win at Fakenham. He's got a nice racing weight.
Reporting by Richard Birch

2.10 Ascot: 'He's very unexposed' – find out who's flying under the radar in handicaps

2.30 Wetherby: D-day for star hurdler Paisley Park with switch to fences under consideration

2.45 Ascot: Editeur may just have the edge in round three between two progressive chasers

2.50 Down Royal: Elliott, Nicholls and De Bromhead on the Grade 1 Ladbrokes Champion Chase

3.05 Wetherby: The Cyrname conundrum: do you play or lay the Charlie Hall favourite?

3.25 Down Royal: 'He's taking on the best horse ever to look through a bridle' – Envoi rivals

FIRST PUBLISHED 6:00PM, OCT 29 2021
No staying handicap chase at Ascot can go by without a mention for Regal Encore when he lines up

'There'll be no excuses' - Jonjo O'Neill on hot favourite Soaring Glory Sandy Thomson looks to stable star as he seeks Rehearsal Chase repeat 'He is part of his story - it's a tragedy he won't be able to ride him' The Buzz horse: is the Cesarewitch winner able to follow up in Ascot Grade 2? 'He was exciting to watch last time' - key trainer quotes for big handicap prize Cyrname v Altior: the battle that might even have stirred the old duke