Can the in-form Chives improve again for Nicky Henderson? 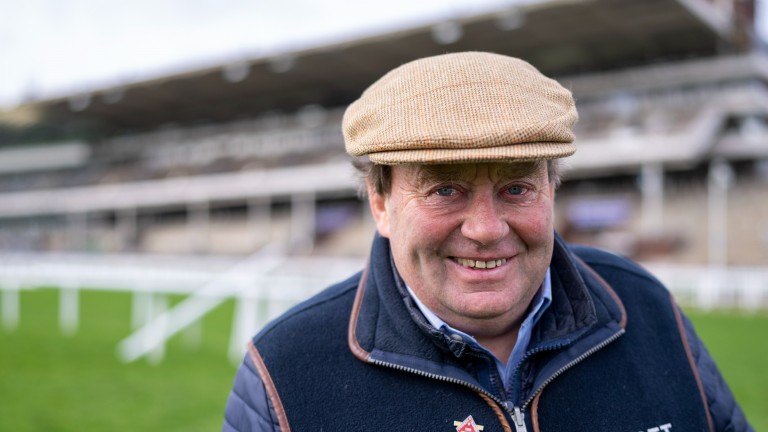 Nicky Henderson: has a solid chance at Worcester on Thursday
Edward Whitaker (racingpost.com/photos)
1 of 1
By Graeme Rodway and Catherine Macrae 6:00PM, OCT 5 2022

Nicky Henderson has a solid record at Worcester, but it's not spectacular.

His 17 winners from 77 runners in the last five seasons is a lower strike-rate than I was expecting, but there is a good chance he can improve that record by landing this race with Chives.

The eight-year-old has won three of his last four starts and recorded a career-best Racing Post Rating when scoring at Fontwell last month.

He has gone up just 2lb for that effort and Ben Ffrench Davis takes over from Nico de Boinville in the saddle. Ffrench Davis claims 7lb and is a name we might hear more of as we move into winter. He also goes in search of a tenth career victory in this contest.

Russian Service has some of the best course form on offer, but he has been off the track since winning at Market Rasen in December.

He will probably be in need of the run and Jaunty Soria looks more likely to reproduce her best course form, which includes a win here in May.

Jaunty Soria returned to course and distance to finish second in a mares' handicap hurdle in August and Sam Twiston-Davies, who has ridden her to all three wins, continues in the saddle. If Chives is going to be beaten, Jaunty Soria looks the most likely candidate.
Analysis by Graeme Rodway

Simon Earle, trainer of Rare Clouds
It was a bit of a below par run last time and he came back with an issue, but we found the reason and sorted it out now. He’s quite fragile in his body but he puts so much into his races. It means he always tries, which you have to respect, and he’s in great form.

Keiran Burke, trainer of Love Actually
This is her first run back from a summer off and she's straight enough to do the job here. I think we have the top two horses in the market to worry about but she's in great form. I think the track will suit her and she'll stay further, this will be her last run over hurdles before chasing. I'm not worried about the ground, but ideally she wouldn't want it too soft.

Sam Drinkwater, trainer of Russian Service
He's high enough in the weights now, as all his winning was off a lower mark. He clipped a hurdle when he won in December, which took him out of the rest of the season, but he's come back really well and although we were due rain, it hasn't arrived yet – I'd prefer it on the easy side of good. It always takes him a while to get going but he's in good nick and will do his best. He is perhaps more of a place prospect than a winning one.

Derek Shaw, trainer of Seaborough
He's in good order but the race wasn't run to suit him last week at Southwell. If he reproduces his Uttoxeter run then hopefully he should give a good account and put a big run together. He's handled big galloping tracks before, so I don't think Worcester should be a problem. Good ground is ideal for him but he can run on softer.
Reporting by Catherine Macrae