Can Tarnawa rise to superstar status with a second Turf success? 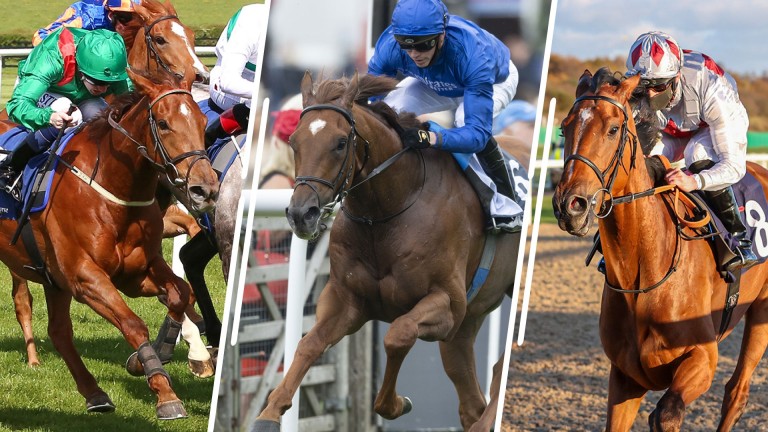 Tarnawa, Yibir and Teona: leading European fancies for the Breeders' Cup Turf at Del Mar
1 of 1
By Graeme Rodway and Richard Forristal UPDATED 12:00AM, NOV 6 2021

It goes without saying the Prix de l'Arc de Triomphe is almost always the strongest middle-distance race run in Europe and it's therefore no surprise it has been a good guide.

However, it took until 2018 and Enable for the first Arc winner to follow up in the Turf in the same season and beaten horses at Longchamp have enjoyed a better recent record than winners.

In 2014, Flintshire was second in the Arc before filling the same position when shipped to Santa Anita and a year later Found went from ninth at Longchamp to victory at Keeneland.

In 2016, Found beat Highland Reel in the Arc and the pair filled the first and third positions in the Turf at Santa Anita, albeit with Highland Reel coming out on top in the US showpiece.

One thing is evident: the results of both races are often inextricably linked and, when you consider that this year's Arc was billed as the best race of the European season, it's no surprise that Longchamp runner-up Tarnawa will go to post a warm favourite for the Turf.

Take away shock winner Torquator Tasso and Tarnawa would have been hailed a superstar because she would have had St Leger winner Hurricane Lane, Derby hero Adayar, subsequent Champion Stakes scorer Sealiway and Oaks winner Snowfall chasing her home, in that order. 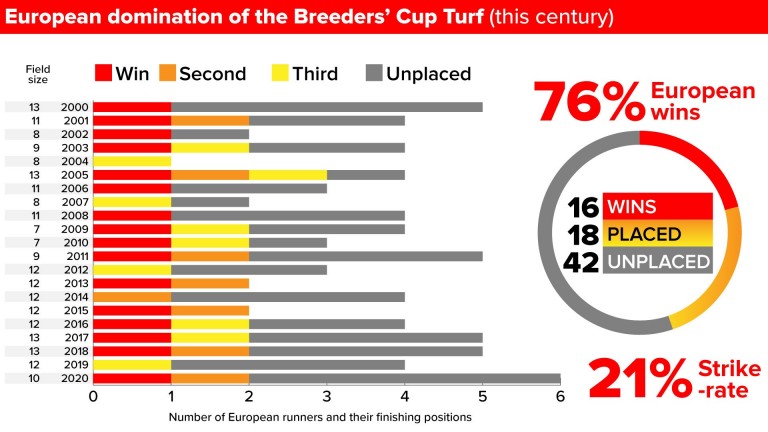 On that form, I'm happy to hail her a superstar anyway and if she goes on to follow up last year's victory and become a double Turf champion, I think most others will do the same.

The one note of caution is the draw. A wide gate is not ideal on turf at Del Mar, although the two non-runners means she has moved two spaces closer to the inside in stall 11 (originally 13). If the draw does put you off, then what about the other Longchamp contender lining up?

Broome was a well-beaten 11th in the Arc, but a down-the-field run in France didn't stop Found in 2015 and Broome has a better draw than Tarnawa in box six.

Nobody has partnered more Turf winners than Frankie Dettori (five) and Broome will likely try similar tactics to Highland Reel, who made all under Seamie Heffernan five years ago.
Race analysis by Graeme Rodway

Weld happier with draw but track still a concern

Tarnawa lost a significant rival in her quest to secure back-to-back triumphs in the Longines Breeders' Cup Turf when Domestic Spending was scratched on Thursday, but she gained another in Bolshoi Ballet.

The disappointing Cazoo Derby favourite, subsequently successful in the Belmont Derby, gets in to take Aidan O'Brien's hand to three. 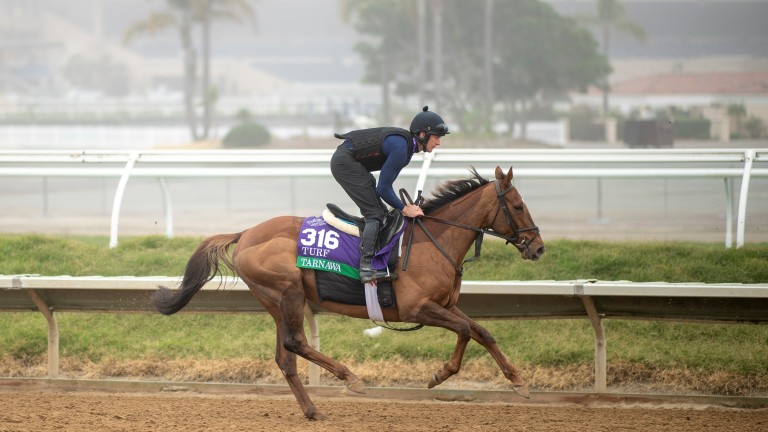 The loss of two of the original 14 runners means everything moves in two stalls, bar Rockemperor on the inside, with the reserves coming in outside. Weld is glad of that, but remains anxious about the contours of Del Mar for Tarnawa, who has fallen just short in both the Irish Champion Stakes and the Prix de l'Arc de Triomphe.

"Moving in two stalls has to be a help – I'd rather be 11 than 13," Weld said of his 2020 Keeneland heroine. "The bottom line is we are still going to need a lot of luck in running. It's one of the shortest home straights in North America and it's a fast track, so things will need to fall right. That said, we're very happy with her and we have the right man up top."

Bolshoi Ballet has failed to build on his Belmont Derby success in two further starts in America, finishing fourth in the Jockey Club Derby behind the Charlie Appleby-trained Yibir. However, O'Brien feels the three-year-old will be a more potent threat now.

Broome's front-running preference will be well suited to Del Mar, while Japan had the reopposing Rockemperor, Tribhuvan and Channel Maker behind when he was second in a Saratoga Grade 1 in August. Rockemperor then had Japan back in sixth when he landed the Joe Hirsch Turf Classic, with Channel Maker fourth, which typifies Japan’s frustrating inconsistency.

Teona, who conquered Snowfall in the Prix Vermeille, skipped the Arc due to the ground and remains unexposed, while the Appleby duo of Yibir and Walton Street have the international credentials to run well, the latter finishing third behind Alpinista and Torquator Tasso in the Grosser Preis von Berlin.

Sisfahan is also fascinating for German handler Hank Grewe, as his form behind the same duo also now reads rather impressively.

Chad Brown, trainer of Rockemperor and Tribhuvan
This is a big step up in class for Rockemperor but it's not impossible for him to get a piece of it. I like his draw. Tribhuvan's good and very dangerous here. It may look on paper that he can't get the distance, but I don't think he quite knows when to stop if he gets loose. He's going to love the turf course.

Charlie Appleby, trainer of Yibir and Walton Street
Walton Street is very straightforward. He might not be good enough to win, but he won't look out of place and you can't get any more rock-solid form than what he achieved in Germany. Yibir picked up in the straight in the Jockey Club Derby and won it well. He goes there as one of the youngsters, but if he brings his A game he's going to be very competitive. We like him.

Aidan O'Brien, trainer of Broome, Japan and Bolshoi Ballet
Bolshoi Ballet is very well. At Belmont the pace dropped off, and that didn't suit him. We're very happy with what he's doing and he has plenty of experience in America. Japan is very well. He got chopped off when he was making his run at Saratoga under Ryan and then got chopped off twice at Belmont under Wayne, and getting chopped off once is enough to finish your chance here. If Broome can break quick, he loves bowling along, so this track should suit him if he gets away sharp. He's in good form.

Henk Grewe, trainer of Sisfahan
He has settled in well, is eating well and moving well. The good to fast ground should suit him and we're satisfied with the draw, so everything suits.

Roger Varian, trainer of Teona
We've chosen the Turf because of the mile-and-a-half trip. That's her trip and we felt that would give her the best chance of winning. We've always believed her to be a very good filly and that is starting to come through on the track now.
Reporting by Richard Forristal at Del Mar

FIRST PUBLISHED 6:00PM, NOV 5 2021
Take away shock winner Torquator Tasso and Tarnawa would have been hailed a superstar