Can racing really cause a stir on Twitter or is it all just internal affairs? 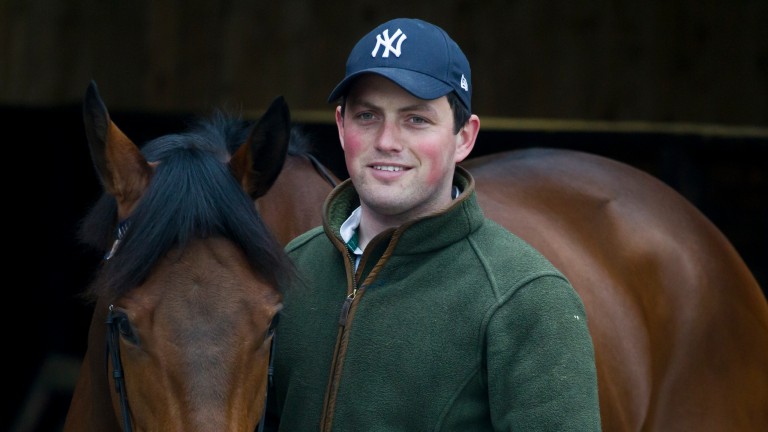 It was good to see trainer Michael O'Callaghan (@MDOCallaghan) try to spur debate on Twitter about what might get more people into racing and going to the track.

O'Callaghan thought so too, tweeting later: "People of Twitter, look what you have done . . . you have caused a stir, a positive stir. Racing needs positive sh*t stirrers to help it!"

And he's right. It does. O'Callaghan's request, to the "general public", got 163 replies and dozens of retweets, plus an article in the Racing Post.

But although MO'C has 4,526 followers – a decent number, unless you're Nicki Minaj or someone – not all tweets reach all of the general public. Barging in with the first reply was the Racing Post's Justin O'Hanlon, more industry professional than random citizen. He staked an early claim for most radical proposal with "stop broadcasting racing". How could you top it?

You couldn't. Entry fees were a big concern, but it's the price of burgers that's really hobbling the sport. According to Chris Mullins‏ (@hashtagMullins): "You're talking minimum £15 admission, then £5 for usually a can of warm Foster's, stick in an overpriced burger and you've spent £80 already." This case is closed.

You have to applaud O'Callaghan's efforts. But Twitter, like most social media, tends towards mostly internal debate. I'd use some analytics to prove that if there were any good free ones still available.

You don't need analytics to know people have been tweeting about Davy Russell punching Kings Dolly at Tramore. There's a stir, at least in racing. A dude named drewboy (@fireandskill) put the case for one side about as plainly as you'd wish to hear it, along with a close-up video, and got himself 9,500 retweets, 11k likes and an astounding 1,600 replies. I've had a look at some of those and they don't all add to the debate. Still, should there even be a debate?

Defenders of such behaviour really should no longer expect to defend with opinion, even 'expert' opinion. That is not what the public use to define, or even influence, its perception of cruelty. They use the video.

It's as well for the sport that outside the racing media and the racing part of social media, there's been scant notice of the matter. Not that that helps O'Callaghan with his debate. If one racing debate is ignored by the public, they pretty much all will be.

As a youngish trainer, O'Callaghan can be expected to embrace the internet. But who'd be the least likely to have an entertaining website? Mick Easterby. He's 86. But he does. It's great.

Along with the usual sort of trainer stuff and a comprehensive staff gallery, there's an excellent hall of fame with pics, biogs and pedigrees for the yard's stars, right back to the days of black and white.

Even better is an interview with Easterby about farming life, conducted as he does the rounds. It's illustrated with superb pictures of the trainer proudly inspecting fertiliser stores, computer-controlled drying facilities, bean fields and drains, like a benign version of Kim Jong-un, without nuclear warheads but with more interesting trousers. 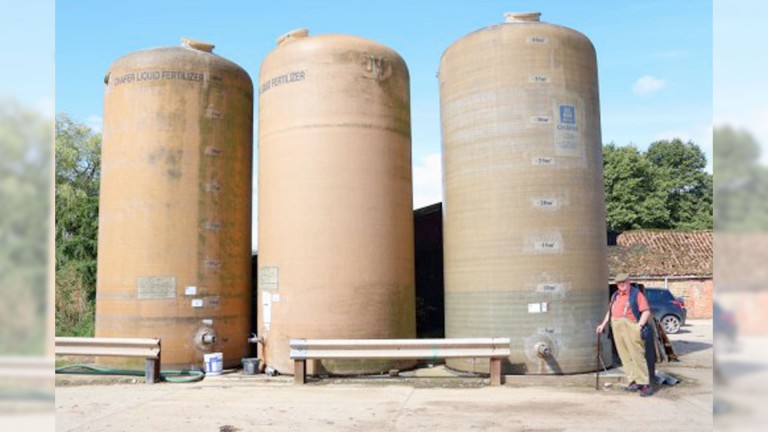 Mick Easterby inspects his fertiliser storage towers
Easterby, unlike the weather, looks unwilling to let summer turn to autumn. Just as well. Autumn is bad news, encouraging complacency with its russet hue and prospects of drawn-in nights. It's an enemy.

Racing has been fighting it on the streets, though. If you can remember a long time ago, which is increasingly possible, the end of the Ebor meeting seemed almost like the end in general, with only the Leger and a few other bright blobs in the run-up to the Arc.

But things have got better. Champions Day and the increasing eminence of international meetings overseas have helped, but marketing is also a factor. Things are packaged more luxuriously in the quest to win the racegoing wad with something extra.

Irish Champions Weekend is "unforgettable" now and "one of the most glamorous meetings on the international racing calendar"; at Haydock, the Sprint Cup is the 32Red Sprint Cup Festival.

But what's extra at Haydock? How has it become a festival? Well, Thursday is now 1750 day – but not to commemorate the year of the establishment of the Jockey Club. Or is it? It doesn't say. It's to flag up that it's £17.50 to get in.

It's 1750 day on Friday as well, when "the finest quality Flat racing continues" with five handicaps and two novice stakes.

You can't blame Haydock for hyping a meeting – everyone else does. But this constant battering on that everything is better than it is leads, like listening to Wagner all day at full bung, to diminishing returns and deafness.

You'd have to be a real non-enthusiast to inspect the undercards on the Haydock site and conclude that it's a festival. And the DJ set starts at 5pm and finishes at 6.30pm! You'll barely have time to shake one leg.

Over at unforgettable Leopardstown and the Curragh, the ICW site is smooth and improved. Then again, as pointed out here last time, it's easier nowadays to put up a classy website than it is to pop one of those self-erecting tents. Is anyone else bored with these scrolling, sliding, high-gloss sites? I am. Still, that doesn't matter.

There's a glitzy build-up to ICW, with an array of videos from HRI, but they're not over-formal.

There's a great interview with Ger Lyons, who says "this will be one of the best weekends in the world", although he can't remember the name of the horse he won the big sales race with in 2015. Told you all that unforgettable stuff was hype.