Can Osborne strike again? Analysis and insight for a tricky International Stakes 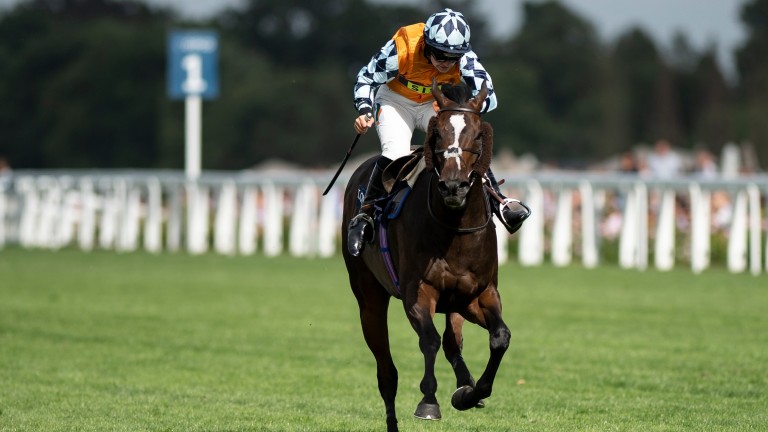 Jamie Osborne is not sure why his horses excel in big-field Ascot handicaps, and nor is he complaining, as the Lambourn trainer seeks back-to-back victories in the valuable International Stakes with Cliffs Of Capri.

Osborne struck with consistent performer Raising Sand 12 months ago, and Cliffs Of Capri has a similar profile, having shaped well in valuable handicaps and with his best performances coming at Ascot.

In two runs in Britain this year, the six-year-old finished a length second at Newmarket and was then fourth in the Buckingham Palace Handicap at Royal Ascot over course and distance.

Osborne said: "He's been pretty consistent since he's had the blinkers on and we know that he likes the track. He saves his best for Ascot.

"He always wears his heart on his sleeve but in a race like this you are always vulnerable to something that's better than their mark. With him it's a case of what you see is what you get, you just need some luck in running.

"We've had a few of these types of horses that have competed well in these big Ascot handicaps and he's another. It's a freak of probability I suppose."

Cliffs Of Capri runs in the colours of Melbourne 10 Racing, an ownership group owed some good fortune after their beloved Laytown races – a unique raceday on the beach in Ireland they love to target – was cancelled due to the coronavirus pandemic.

Osborne added: "The Melbourne 10 is all about days out and enjoyment so that's taken a harder hit because of what's happened because there are no trips. We'll keep ticking over and look forward to when we can go back to the normal events again."

Roger Varian, trainer of Mutamaasik and Spanish City
Both horses are in good form. We couldn't find a reason for Mutamaasik's below par run in the Bunbury Cup so we're hoping he'll bounce back to his Buckingham Palace form, at a track which we know suits him. Spanish City is admirably consistent in these big races and deserves to win one at some point. He's drawn around some pace, although perhaps we'd prefer to be with the high numbers if the track favours them again.

Owen Burrows, trainer of Habub
He's terribly handicapped after what he's done and he's not going to come down the weights being stood in his box. These are the types of races you've got to run in. He didn't disgrace himself at Ascot last time and the faster ground will be much more in his favour. He's got it all to do.

William Muir, trainer of Jack's Point
He's in good form. He's rated a little bit higher than when we ran him in the Royal meeting but he'd run well in both races. We were possibly aiming a bit too high at Epsom last time but it was a creditable effort. He's in great shape and we're looking forward to running him – he'll be competitive. 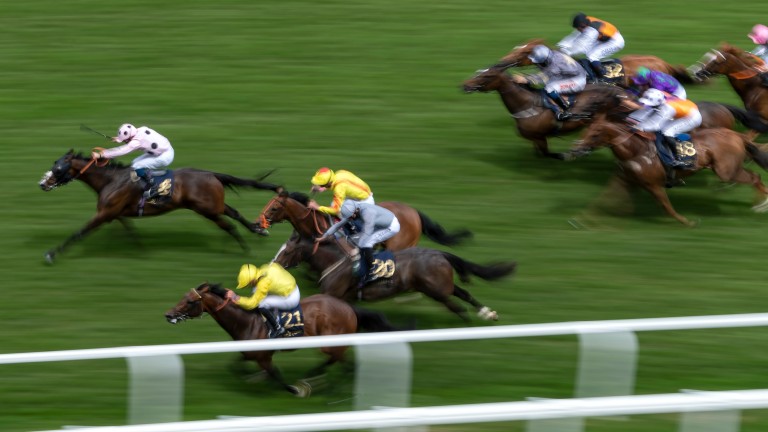 Charlie Fellowes, trainer of Chiefofchiefs
He loves Ascot and won the Silver Wokingham there last month. I think seven furlongs will be fine, especially on better ground and hopefully we can run a nice race again. We've got a perfect draw down the middle too.

Martyn Meade, trainer of Ebury
I thought he ran really well at Ascot last time when he was drawn on the wrong side. He's drawn in the middle, he'll enjoy the ground and he's on good terms with himself. He's won at the track too so I'm expecting a big run from him.

Roger Charlton, trainer of Blue Mist
He's in good order. He's run well in the race before and the conditions will suit him. He deserves to win a big race but when that'll be, I don't know.

David O'Meara, trainer of Cold Stare, Shelir, Arbalet and King Of Tonga
Cold Stare is very ground dependent and could do with rain. If it was on the firm side, I'm not sure he'd run. Shelir ran well over the course and distance in the Buckingham Palace and has come down a few pounds since then. He should run a big race. We've not seen the best of Arbalet here yet. He has a lot of ability and needs some cover in his races, so hopefully he'll show that. King Of Tonga got better for us last year, winning at Newmarket on heavy ground. I don't think he's ground dependent, he just takes a bit of time in the year to get going.

Phil Cunningham, founder of Rebel Racing, owners of Keyser Soze
He deserves a big one. He's a little bit unlucky with the draw, on the outside, but Cieren [Fallon] gave him a lovely ride last time at Newmarket and I think the horse has come on for it. Richard [Spencer] and the team have spent a lot of time over the last month to help his starting, they can't have done anymore. He's got every chance.

Ed Walker, trainer of Blackheath
He's in the form of his life, he's bigger, stronger and more mature now. I thought he was in the process of running a good race in the Bunbury Cup but he got no run at all. Hopefully he'll get a clearer passage and can show his worth. We're hoping he can run a big race off a light weight.

John Gosden, trainer of Eshaasy
He's just snuck in at the bottom of the weights but he's a three-year-old taking on older horses which is a tall order.