Can Mighty Blue strike yet another blow for the Irish? 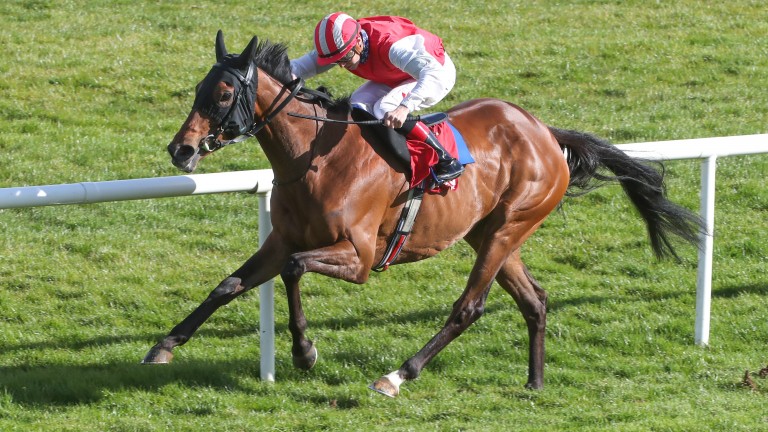 Mighty Blue: was a clear winner at Gowran Park last time
CAROLINE NORRIS
1 of 1
By Graeme Rodway and David Carr UPDATED 8:00PM, MAY 21 2021

Irish runners dominated the Cheltenham Festival and, while Mighty Blue couldn't get to grips with the Henry de Bromhead-trained pair of Telmesomethinggirl and Magic Daze in the mares' novice hurdle, she still ran a cracker in third to complete a first-four lockout for Irish representatives.

That form alone would not put her far away in this fillies' Group race and she has since proved herself at least as good on the Flat, winning a 1m6f Listed contest at Gowran Park 17 days ago by seven and a half lengths from another De Bromhead-trained runner, Lismore.

Mighty Blue recorded a Racing Post Rating of 107 that day, the equal highest last-time-out figure on offer, but her Topspeed rating of 96 separates her from the rest by upwards of 6lb.

Joseph O'Brien has saddled one winner from eight runners at York, but three others made the frame and Mighty Blue has a fitness edge over the form choice in the race, Believe In Love.

Believe In Love recorded an RPR of 112 when bolting up by ten lengths in a soft-ground handicap at Newmarket last August and that puts her 1lb clear, even under her 3lb penalty.

However, she has not been seen since justifying 9-10 favouritism in a Group 3 on heavy ground at Saint-Cloud in October when she recorded a RPR of just 106. That was 6lb below her peak figure and she will need to resume in top form after 210 days off the course.

Makawee is the other form contender and she won't have any fitness worries having been beaten a short head into second on her reappearance over 1m4f at Goodwood last month.

She looks one of the major dangers to the two market leaders, along with the Jessica Harrington-trained Flor De La Luna. Harrington is 0-5 at York in the last five years, though.
Race analysis by Graeme Rodway

Roger Varian takes the wraps off a filly who could be a contender for the Irish St Leger in September.

A Group 1 target would have looked the height of optimism for Believe In Love at this stage of last season when she had taken six attempts to get off the mark and finally achieved it by a nose off a mark of 76 in a Class 4 all-weather handicap.

However, she improved remarkably after racing resumed following lockdown, winning four times in five starts and rising 27lb in the BHA ratings.

Her third place in the Park Hill Stakes and win in the Group 3 Prix Belle de Nuit at Saint-Cloud showed she can mix it in Pattern company, although that success means she must concede weight to race-fit rivals on her reappearance here. 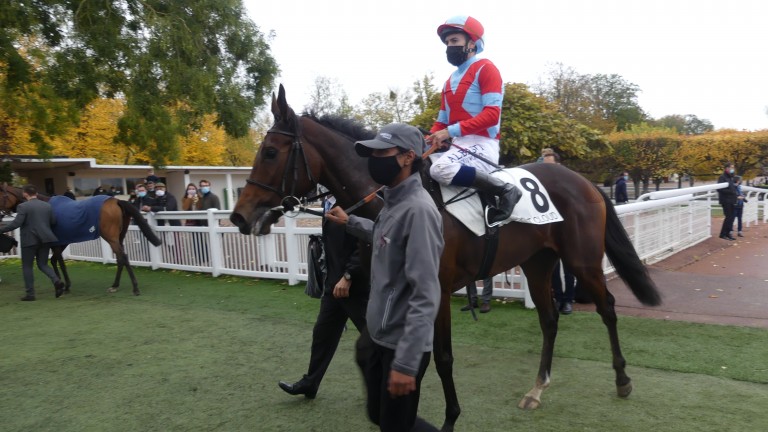 "She has taken a while, but she's just beginning to click into gear at home," Varian said of a filly who has entries in the Gold Cup and Hardwicke Stakes at Royal Ascot.

"She has a penalty, but the ground and trip should be right up her street."

Jessica Harrington, trainer of Flor De La Luna
I hope she will run a big race. The track should suit her – a nice flat track like York should be perfect. She's very well.

Alan King, trainer of Inchicore
It's a big step up for her, but she does appreciate soft ground. She won well at Lingfield last time and we'd love to get some black type.

David O'Meara, trainer of Makawee
She ran a good race at Goodwood over a trip that was the bare minimum for her. She seems in good order and was second in the Lancashire Oaks on very soft ground.

Joseph O'Brien, trainer of Mighty Blue
Mighty Blue has come out of her last run very well. She ran a cracker when winning at Gowran. She goes to York with a good chance and will hopefully sneak a place at the very least.

Hughie Morrison, trainer of Urban Artist
She's rated 98 and four others are rated higher than her so she has to raise her game or have the others not operate at York, but it's worth taking a chance.
Reporting by David Carr

Jessica Harrington joins legends after receiving Sir Peter O'Sullevan Award Persecuted for a crime he didn't commit: Burke's tale sums up racing's plight Smad Place and Limato among stars in RoR parade on Ladbrokes Trophy day Harrington among top trainers inspected as authorities visit a number of yards Drugs stench could linger irrespective of truth - and we don't know the truth 'We have no record of anything to do with him' - Coolmore deny link to Warwick