Can classy Khaadem get back on track and end long losing streak? 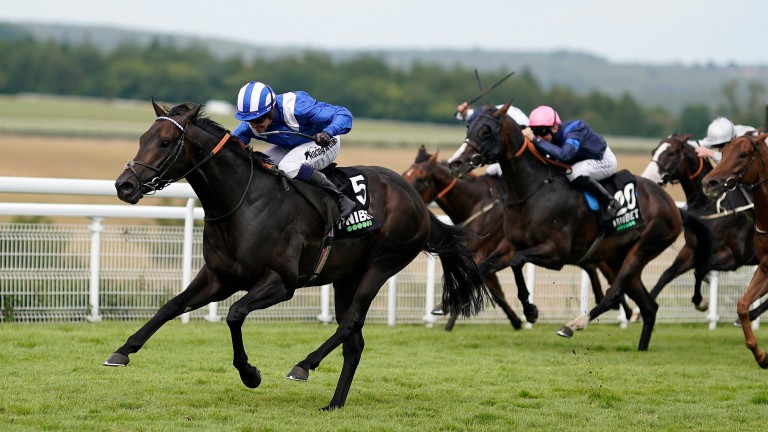 Khaadem: bids to bounce back to form at Salisbury
Alan Crowhurst
1 of 1
By Graeme Rodway and Jonathan Harding 6:00PM, JUN 12 2021

It’s not often Group 1 performers line up at Listed level but that is the case as Khaadem, a regular at the top level without winning, bids to break his long losing streak.

You have to go back to the 2019 Stewards’ Cup to find Khaadem’s last victory and he is without success in six starts since, but five of those came in Group 1s and he went off at single-figure prices on four occasions. That is an indication of his ability.

However, Khaadem was unable to take advantage of a drop in class when sent off 6-4 favourite for a conditions race at Haydock last month and now has questions to answer.

The heavy ground was a legitimate excuse for that disappointing third of four, but there will be no excuses if he is beaten on quick ground this time.

Mums Tipple looked a Group 1 performer in waiting as a juvenile, but he has yet to fulfil that promise and is no better than a genuine Listed horse. He won in this grade on the all-weather at Wolverhampton in March and was a good second in a Listed race at Leicester last time.

If Khaadem fluffs his lines then the reliable Mums Tipple is most likely to capitalise.

Line Of Departure and Cairn Gorm, who also drops from Group 1 level, are others to consider but return from 267 and 252 days off the track.
Race analysis by Graeme Rodway

Richard Hannon, trainer of Mums Tipple
He's got a great chance and is in really good nick. It's a nice race, this has been the plan for some time and the shorter trip will suit.

Richard Hills, assistant racing manager to Shadwell Estate, owners of Khaadem
Things have not gone right for him this year so we're trying to find our way back. This looks easier than pitching him in at Royal Ascot and he'll be suited by the fast ground.

Alastair Donald, racing manager to King Power Racing, owners of Shine So Bright
He's training well and conditions should be ideal. It's a slightly stronger race than we expected as we thought the likes of Khaadem and Mums Tipple might go to Royal Ascot. 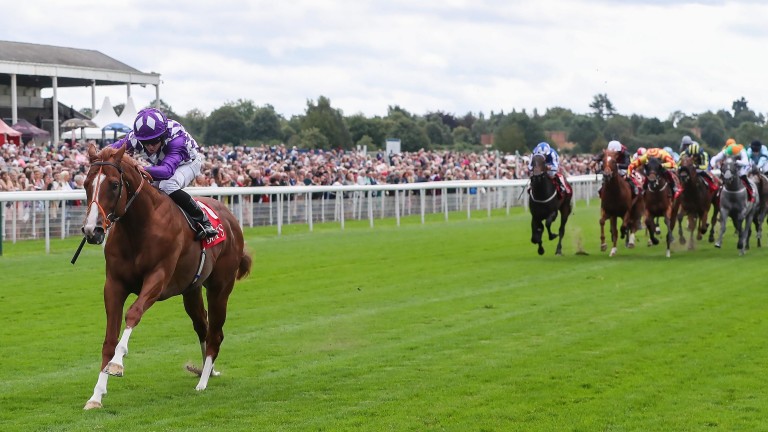 Oisin Murphy, rider of Cairn Gorm
He's tough and was a very good two-year-old. This looks like a great spot. Dropping back to six furlongs will suit as he won his first three starts over this trip and hopefully the ground won't be too fast for him.

Roger Varian, trainer of Line Of Departure
He's moving well in his work. He'll appreciate the fast ground and this is a nice starting point. He'll improve for the run and it will give us a pointer to how to campaign him through the summer.

Hugo Palmer, trainer of Chocoya
Chocoya has plenty of black type but it would be nice to get some bold black type. She has a bit to find on the figures but will be suited by the fast ground.
Reporting by Jonathan Harding