Can anyone stop sprint star Battaash? Get the lowdown on the Temple Stakes 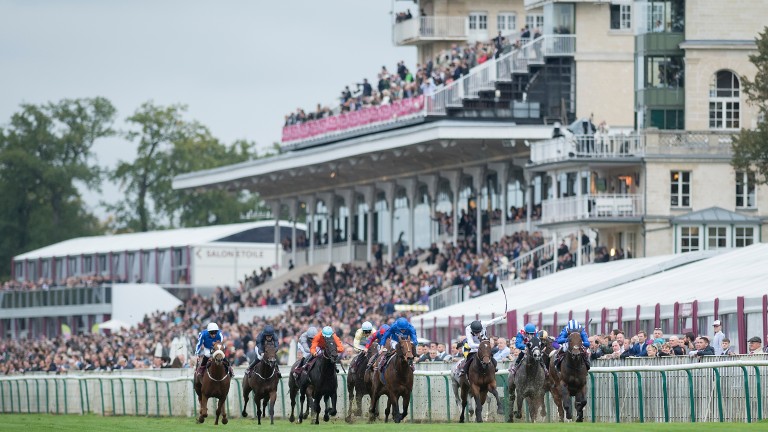 Battaash: makes his return in the Temple Stakes
Edward Whitaker (racingpost.com/photos)
1 of 1
By Stuart Riley UPDATED 6:57PM, MAY 25 2018

Just how good is Battaash? Well, if the title 'world's best five-furlong horse' doesn't give you some idea, perhaps it's best to listen to those with the thankless task of trying to serve it up to him.

David Griffiths, who saddles the four-timer seeking Take Cover, said: "Battaash is seriously good, I don't think anything can beat him when he's right."

Even Tom Dascombe, trainer of his main rival Kachy, was forced to concede: "He's a very good horse and the obvious one to beat."

And his own trainer is aware Battaash is very special. "He could be a bit of a superstar, he's got a lot of speed and he's just exciting to have around," was Charlie Hills's assessment.

Put it to Hills that this return to action may see his stable star at his most vulnerable, off the track for almost eight months, on his first start since wind surgery, having to give weight to all his rivals – all but one of which has a race-fitness edge – and all you'll get is a knowing: "He's been good first time out the last two years."

Hills is not bothered then. He talks with the confidence of a man whose horse is odds-on and added: "I think the draw is all right on the outside and I'm looking forward to it. He's fit and well and the ground's not a worry.

"You have to respect the opposition. Kachy's a good horse, who's in form and race-fit, and there are plenty of good horses in there. It'll be good to get him on the track and hopefully get a bit of the freshness out of him."

Well, every horse is beatable and for those looking to take him on, there are shreds of hope.

What about the opposition?

All of this fails to take into account that lining up against Battaash are some very good horses in their own right.

Take Cover is a dual Group 2 winner, who has won his last three starts, Mabs Cross has won five of her last six with the sole defeat coming at the hands of the reopposing Mrs Gallagher, who is two from two this season.

And then there's Kachy, who blew the field to pieces at Chester 15 days ago. 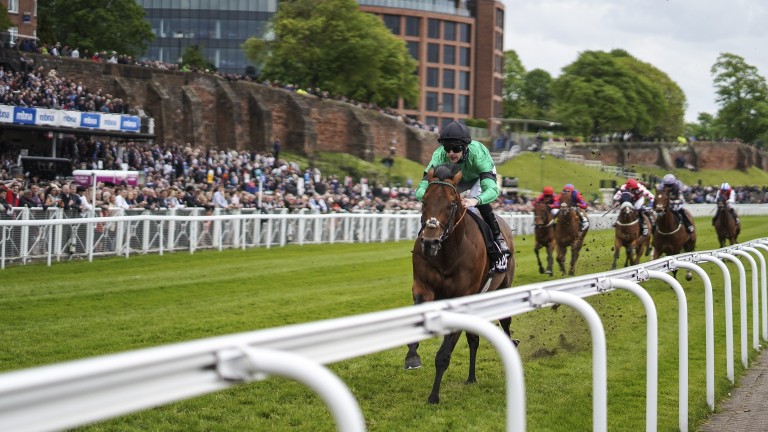 Kachy blasts his way to a nine-length victory in the conditions stakes
Getty Images
Kachy's trainer Tom Dascombe, who also saddles Doctor Sardonicus, said on Friday: "Both are declared but we're at Haydock and it's raining, so we'll have to see how much they get before making a decision.

"Charlie Hills' horse is very good – he's a Group 1 winner and the obvious one to beat. But Kachy's in great shape, is running well and hopefully can translate his round-course form to a straight track."

Catch me if you can: Watch Kachy's Chester win

William Haggas, trainer of Muthmir
He doesn't want any rain, it followed him round last year. He had a nice blow at Longchamp. He has a lot to find with Battaash, but this is the first time in ages he'll have a fast pace to run off on quick ground.

David Griffiths, trainer of Take Cover
I think he's gone under the radar a bit. It's his first run, but we've managed to get plenty of work into him and he looks a picture. Hopefully it doesn't rain too much and he gets nice quick ground.

Aidan O'Brien, trainer of Washington DC
He's in good form and will like the ground. He needs to be produced late and if he gets luck in running he has the ability to run a big race.

Michael Dods, trainer of Mabs Cross
She's improving, but she'd need to do so again by a vast amount as I think Battaash is probably the best five-furlong sprinter we've seen recently. There will be plenty of pace and she's in good form, her owner sponsors the race so we'll let her take her chance.

Karl Burke, trainer of Havana Grey
He's got a run under his belt but, as a three-year-old over five furlongs against his elders, it's not going to be easy – but he's a proper 5f horse. Whether he's up to this this early in his career, against horses of this calibre, we'll find out.

William Jarvis, trainer of Mrs Gallagher
It's a tough ask but hopefully she can run a good race. She's good enough to line up and we'll find out more.