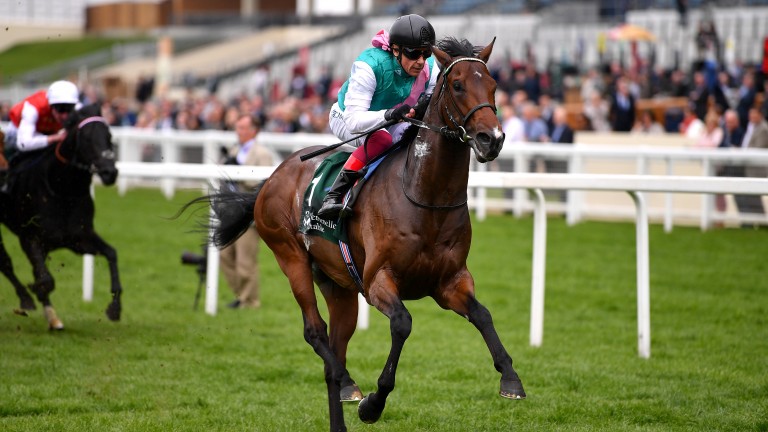 Calyx could still run at Ascot despite his Haydock defeat
Justin Setterfield
1 of 1
By Matt Butler 11:19AM, MAY 27 2019

Royal Ascot remains on the agenda for Calyx despite his shock defeat at Haydock on Saturday.

The speedy son of Kingman was beaten for the first time at prohibitive odds of 2-13 in the Group 2 Sandy Lane Stakes, with the three-year-old failing to quicken when asked by Robert Havlin behind winner Hello Youmzain.

John Gosden suggested the ground was not to Calyx's liking in the aftermath and he was pushed out by some firms to 6-1 (from 5-4) for the Commonwealth Cup, where he could do battle against Ten Sovereigns, Jash and his Haydock conquerer Hello Youmzain.

Speaking on Monday, Teddy Grimthorpe, racing manager to owner Khalid Abdullah, said: "It was obviously not the run we expected from Calyx, but he seems fine this morning and yesterday.

"We'll keep an eye on him for the foreseeable future, but we would still be looking at Ascot. We'll have to see, something may turn up, but nothing has come to light at the moment." 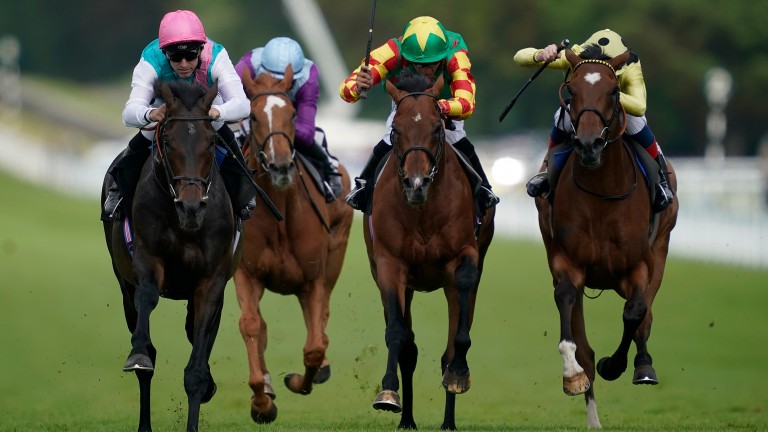 Mirage Dancer made an impressive return at Goodwood
Getty Images

It was not all doom and gloom on Saturday for Prince Khalid as Mirage Dancer returned to win the Listed Tapster Stakes at Goodwood in fine style.

The five-year-old has an entry in the Hardwicke Stakes at the royal meeting for which he's a general 8-1 chance.

Grimthorpe said: "We were pleased with that. He had a troubled return from Hong Kong and to get him back on track was a very good effort.

"I think we'll look at the mile-and-a-half races. Last year he ran in the Princess of Wales's at Newmarket. I imagine Sir Michael [Stoute, trainer] might want to do the same, but he will have the option of the Hardwicke.

"We've always had a good opinion of him and he's always shown he's had potential to be high-class. We'll give him every opportunity to show it."

FIRST PUBLISHED 11:19AM, MAY 27 2019
We?ll keep an eye on him for the foreseeable future but we would still be looking at Ascot