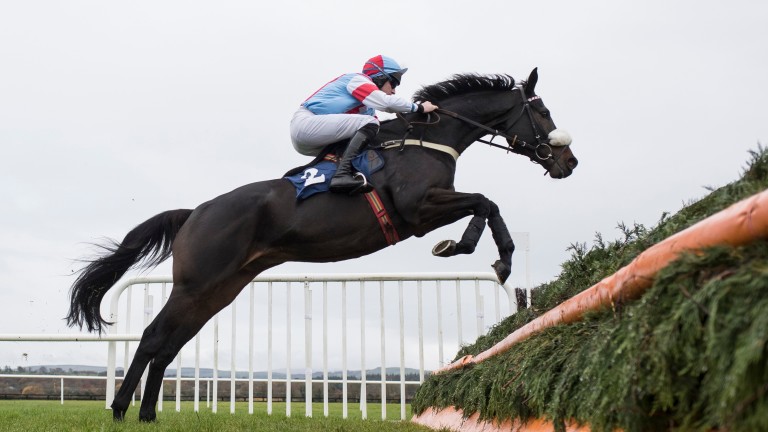 Connections were keen to test the Gold Cup credentials of Saint Calvados at Cheltenham last week but are not certain to take up the option of the rescheduled Cotswold Chase at Sandown
Patrick McCann (racingpost.com/photos)
1 of 1
By Scott Burton UPDATED 5:51PM, FEB 2 2021

Saint Calvados features among six entries for the rearranged Cotswold Chase at Sandown on Saturday, although trainer Harry Whittington says a decision on whether to run there or drop back down in trip for the Ascot Chase a fortnight later will be left until declaration time on Thursday.

Bristol De Mai appears in entries for both the Cotswold and the Cleeve Hurdle, both of which have been salvaged from last Saturday's abandoned Cheltenham card, while his conqueror from 12 months ago, Santini, remains on course for Sandown.

Entries and betting for the Cotswold Chase at Sandown on Saturday

Coral make Bristol De Mai their 15-8 favourite ahead of Santini at 9-4, while Saint Calvados is a 4-1 chance.

The Cotswold entries were completed by Native River, Yala Enki and Lake View Lad, who like Bristol De Mai has also been put in at Wetherby. 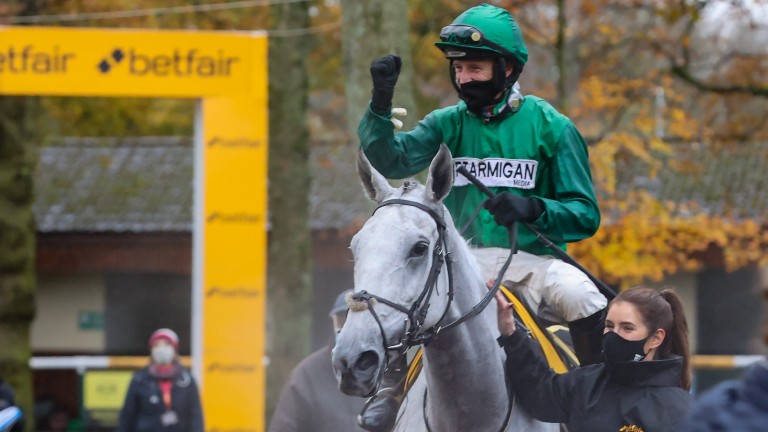 Bristol De Mai has been entered for both the Cotswold Chase at Sandown and the Cleeve Hurdle at Wetherby on Saturday
John Grossick (racingpost.com/photos)

Saint Calvados ran a huge race on his first attempt at three miles when finishing fourth in the King George at Kempton – one place ahead of Santini – on what was his first start since being narrowly beaten by Min in last season's Ryanair Chase.

Kate and Andrew Brooks's eight-year-old travelled into the race as well as anything and looked booked for second behind Frodon until being reeled in late on by Waiting Patiently and Clan Des Obeaux.

"He's in the Cotswold, and he's in the Ascot Chase as well, and we'll keep discussing it," said Whittington on Tuesday. "He certainly won't run in both.

"The idea was to run in the Cotswold and find out if he stayed properly and then run in either the Ryanair or the Gold Cup. That could still be the plan but it's a shame because he loves Cheltenham. He's in great form and ultimately it will be Andrew's decision."

Both tracks at Sandown passed a preliminary inspection on Tuesday, though the hurdles course was deemed only borderline raceable by director of racing Andrew Cooper, who is expecting to have to take another look later in the week.

Both courses @sandownpark have passed today's noon Inspection ahead of Saturday. We consider the Hurdle Course to be borderline raceable, with adjustments, as things stand. Chase Course better. Further rain to come - another Inspection inevitable, timing TBC

The absence of Paisley Park in the rearranged Cleeve Hurdle appears to have given encouragement to a few sets of connections, with the original six declarations for last Saturday swelling to 17 entries for the Grade 2 at Wetherby.

Main Fact, Ramses De Teillee and Itchy Feet were all declared at Cheltenham and could appear at Wetherby, as is the case with Northern Ireland-based Decor Irlandais.

Among the new contenders to emerge for the Grade 2 is a rejuvenated On The Blind Side, who followed up a fine second to McFabulous in the Relkeel Hurdle with a neck defeat of Lil Rockerfeller at Market Rasen last month.

Entries and betting for Saturday's Cleeve Hurdle at Wetherby

Harry Whittington: breathing issue may be holding Saint Calvados back

Back to school: trainer Harry Whittington on how to get jumpers fit

FIRST PUBLISHED 5:08PM, FEB 2 2021
It's a shame because he loves Cheltenham. He's in great form and ultimately it will be Andrew's decision

Ryan Moore: 'I try not to offend anyone but for me it's always about the horses' 'No-one can cope with that volume of rain' - Sandown's evening card abandoned Hollie Doyle rides: can Group 1 star keep up her flying form at Sandown? 'We've put in as many contingencies as we can' - Worcester braced for the heat