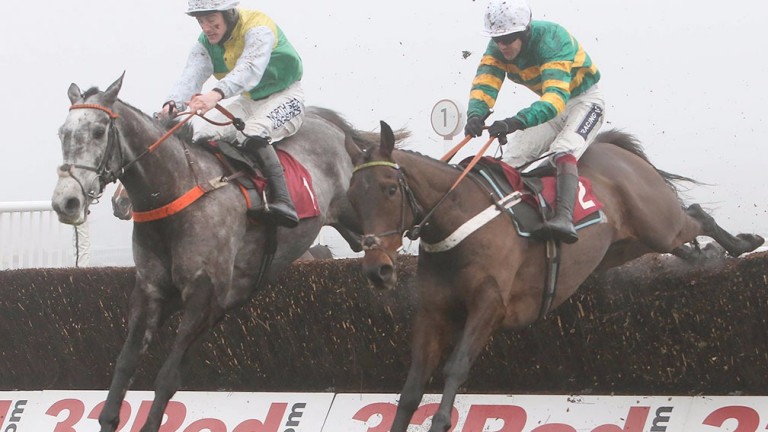 Buveur D'Air, switched to the Stan James Champion Hurdle road on Tuesday, will have an immediate chance to prove connections were correct by running in Saturday's Betfred-backed Contenders Hurdle at Sandown.

The Nicky Henderson-trained six-year-old was initially due to appear at the track over fences in the Betfred TV Scilly Isles Novices' Chase, but it was revealed on Tuesday that he would revert to hurdles this season and warm up for the Cheltenham Festival by contesting the Timeform Morebattle Hurdle at Kelso on February 16.

However, he has been rerouted to Sandown following the news that Alan King's Yanworth, who like Buveur D'Air is owned by JP McManus, will miss the Contenders Hurdle after suffering a minor setback.

Henderson said on Wednesday: "If they want to go to Kelso with Yanworth we can switch them around. Buveur D'Air was originally going to run in the Scilly Isles, so we've not had to do anything differently.

"Brain Power is going to run in the Contenders Hurdle as well. It's a pity to run two against each other, but there are only three races left. There's this, the Morebattle and the Kingwell at Wincanton."

Conditions are set to be testing at Sandown and Henderson added: "Buveur D'Air certainly handles some soft ground. I'm not so sure about Brain Power, but he's got to run in it."

Buveur D'Air, third behind stablemate Altior in the Supreme Novices' Hurdle last season and successful in the Grade 1 Top Novices' Hurdle, is a general 6-1 for the Champion Hurdle, while Brain Power is 8-1.

Christmas Hurdle winner Yanworth, on the drift and as big as 11-2 with Ladbrokes for the Cheltenham championship after his setback, is not expected to be on the sidelines for long.

King said on Wednesday: "He has a slight tweak on the rear hindquarters. He needs a few easy days, so he won't be able to run at Sandown on Saturday.

"I'm expecting him to be all right in a few days and if that's the case we would seriously consider the Kingwell Hurdle – we have Sceau Royal in that but they have different owners.

"Or he could go straight to Cheltenham, we'll have to see."

Bet365 are now going non-runner no bet on all 28 festival races.

FIRST PUBLISHED 5:49PM, FEB 1 2017
Buveur D'Air certainly handles some soft ground. I'm not so sure about Brain Power but he's got to run in it