3.00 Lingfield: the one race you can't afford to miss on Monday 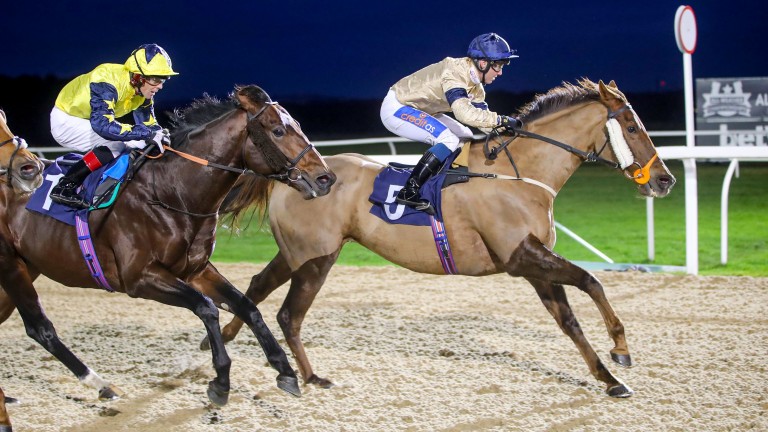 Watchable: scored his fourth win of 2019 at Newcastle in November
John Grossick (racingpost.com/photos)
1 of 1
By David Carr UPDATED 8:13AM, DEC 9 2019

This decent handicap adds class to a Monday afternoon, with topweight Stake Acclaim having finished second in a Group 3 at Deauville in August.

Watchable, who ran in the Wokingham at Royal Ascot, has progressed with each run of his autumn campaign and scored his fourth victory of the year at Newcastle last month.

Gracious John won this in 2016 and 2017 and finished second last year. He has since moved from David Evans and produced his best effort for his new trainer when runner-up at Chelmsford last month. He's significantly lower in the weights than for any of his three runs in this race.

What do the statistics say?

Three of the last four runnings have gone to a three-year-old and the only contenders of that age group are Prince Of Rome and Thegreatestshowman.

Prince Of Rome's trainer Richard Hughes had three winners from his last seven runners prior to Monday, showing a £38.50 profit to a £1 level stake.

Dean Ivory, trainer of Stake Acclaim
He's been running very well in Group and Listed races. He was a bit unlucky at Lingfield last time but he handled the track well and we thought we'd give him another run before we put him away. He's got a great chance at the weights and I'm hoping for a big run.

David O'Meara, trainer of Watchable
He won nicely last time at Newcastle. Everybody knows what he can do and what he can't but he's in good form. 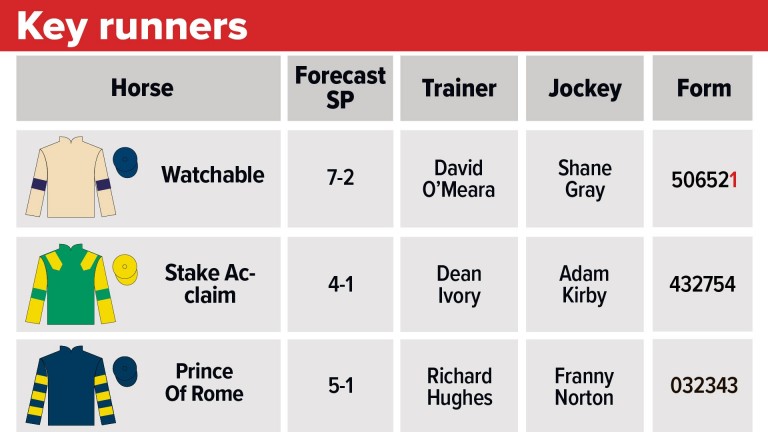 Ian Williams, trainer of Gracious John
He's run in the race three times and won it twice and been second. He's on a very fair mark and showed signs of a revival at Chelmsford last time.

Richard Hughes, trainer of Prince Of Rome
He ran a blinder last time and looks worth a drop back to five furlongs. It doesn't look the strongest race in the world and he has a chance.

FIRST PUBLISHED 6:00PM, DEC 8 2019
Stake Acclaim has got a great chance at the weights and I'm hoping for a big run