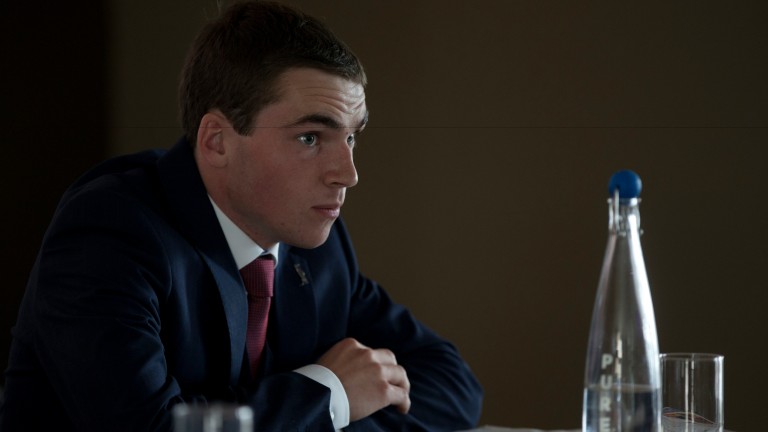 Jonathan Burke has parted company with leading owners Alan and Ann Potts after more than two years as their retained rider. The move follows the recent change in policy that has seen an increasing number of the family's horses being trained in Britain.

The Potts's preference for using British-based riders on the horses now trained by Colin Tizzard is at the root of the break-up, but Burke was keen to stress it was an amicable split.

At Cheltenham on Saturday, the change in policy sees Sizing Platinum and Sizing Granite – on whom Burke won the Grade 1 Maghull Novices' Chase at Aintree in 2015 – contest the BetVictor Gold Cup under Daryl Jacob and Tom O'Brien respectively.

"In light of the way that things have developed with more of Alan and Ann's horses now being based in England, I've decided to explore other opportunities," Burke told the Racing Post.

"I would like to thank them both for the opportunity they gave me at such a young age. We had some great days and there has been no falling out whatsoever. I'd also like to thank all the trainers involved. Henry de Bromhead, Jim Dreaper, Mouse Morris and Jessica Harrington have been brilliant to ride for, as was Colm Murphy for a short time."

Recognised as a prodigious talent and crowned champion conditional rider in 2015, Burke was 18 and had been a professional for only six months when he was appointed as Andrew Lynch's successor in August 2014.

"Sizing Europe winning at Gowran Park when I was just 18 was a great day," Burke said. "I was lucky to ride so many good horses. Sizing John was my first Grade 1 winner and Sizing Granite winning at Aintree on Grand National day was very special. Goonyella won a Midlands National and Shanahan's Turn's victory at Galway was a day I will never forget."

At the end of August, the Potts ended their long association with De Bromhead by removing 13 horses from his Waterford yard. Those horses were dispersed between Dreaper, Morris, Harrington and Murphy.

However, when Murphy announced his shock retirement just a few weeks later, a large number of Potts horses was transferred to Tizzard's Dorset stable.

The British contingent now numbers 16, reducing opportunities for Burke, who will turn 21 just before Christmas.

FIRST PUBLISHED 5:53PM, NOV 11 2016
In light of the way that things have developed with more of Alan and Ann's horses now being based in England, I've decided to explore other opportunities