Burke confident Born To Be Alive can strike at Listed level 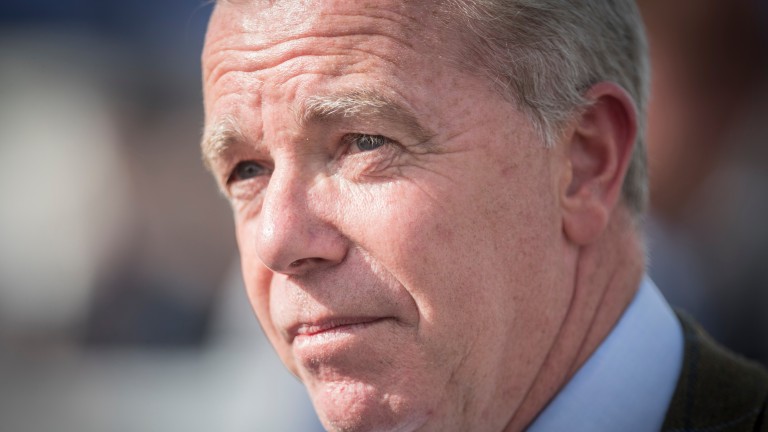 Karl Burke is upbeat about the prospects of Born To Be Alive at Goodwood
Patrick McCann
1 of 1
By Richard Birch UPDATED 10:27AM, SEP 27 2017

Born To Be Alive may have a bit to find with some of his rivals based on official ratings, but few would be surprised if this rapidly-progressive gelding made the necessary improvement to floor his Foundation Stakes rivals, least of all trainer Karl Burke.

An eight-length winner of an Ayr maiden in June, the son of Born To Sea failed by just half a length to follow up in an apprentices' handicap at Glorious Goodwood last month, and then occupied the same position in a Listed event behind Godolphin's Bay Of Poets at Clairefontaine.

“He’s a lovely, progressive horse who has been working very well,” Burke said. “We intended to run him at Ayr last week so this is Plan B, but he's got form at Goodwood.

“He'll have to step up on what he’s done so far to win, but I think he's capable of doing so.”

The Mark Johnston-trained Frankuus, winner of the Group 3 Rose of Lancaster Stakes at Haydock on easy ground last month, boasts the highest BHA rating of the eight runners, and is likely to prove popular in the market.

However, this looks a wide-open Listed event, where none of the runners can be safely ruled out, and punters should be aware of the outstanding record of trainer Saeed Bin Suroor. 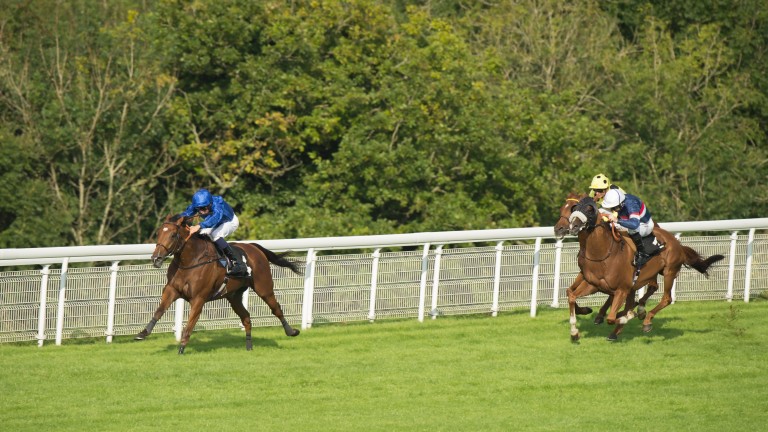 The Godolphin trainer has plundered the prize four times in ten years courtesy of Sky Hunter (2016), Hunter’s Light (2011), Holberg (2010) and Kirklees (2007), and is represented this year by four-year-old filly Promising Run.

Winner of the Rockfel Stakes at Newmarket two years ago, Promising Run landed the second Group 2 of her career at Meydan in January, but has been off the track since finishing a close seventh of 12 to Decorated Hero in the Group 1 Jebel Hatta in March.

Hollie Doyle has forged an excellent partnership with the improving Billesdon Bess, who is reported in “good form” by trainer Richard Hannon. 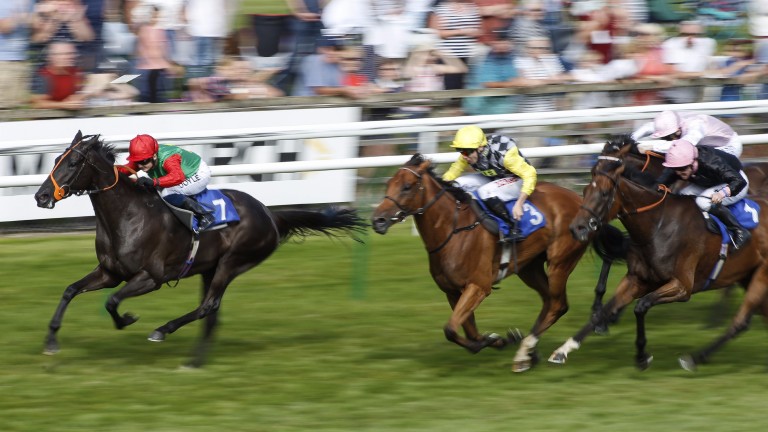 The pair have emerged triumphant the last three times they have combined, including in a Salisbury Listed race last month.

That victory came on fast ground, but Billesdon Bess proved she handles plenty of cut underfoot when landing a fillies' handicap on soft ground here last month, and there could be more to come.

The likely soft ground is a concern for connections of Spark Plug as the Brian Meehan-trained gelding, who finished runner-up to Fabricate in the Group 3 Winter Hill Stakes last month, has done all of his winning on going described as good or faster.

However, Eve Johnson Houghton is hopeful the testing conditions will bring out the best in her popular six-year-old What About Carlo.

She said: “He’s come out of his race at Newbury on Saturday very well and the ground will be much more suitable for him this time. He's improved again this year – he’s a good old boy.”

Billesdon Brook’s form figures at Goodwood read 211, the most recent a Group 3 victory in the Prestige Stakes.

Subsequently fifth of eight to Laurens in Doncaster’s Group 2 May Hill Stakes, the TBA Small Breeders’ Fillies’ Conditions Stakes (2.40) represents a considerable drop in class, and trainer Richard Hannon expects her to win.

“She’s got a very good chance,” he said. “She's been a very good filly all season, and just bumped into a couple of good ones in maidens earlier on.”

Among a mammoth 124 declarations for the eight-race card at Redcar is Desert Ruler, who runs in the 1m2f handicap (5.15).

Fully recovered after a freak accident which left him with badly grazed knees, the ultra-consistent four-year-old is bidding for a deserved first win of 2017 after being placed on all four previous starts.

“He’s back in good form now and we think he will stay ten furlongs,” said trainer Jedd O’Keeffe. “He’s been very unlucky this season and his turn is due.”

Nigel Twiston-Davies usually sends a strong team to Perth for this meeting and rarely returns south without a winner or two.

All three will be ridden by his son Sam.