Wednesday Action FOUR THINGS TO WATCH OUT FOR

Burj out to tower above the opposition at Dunstall Park 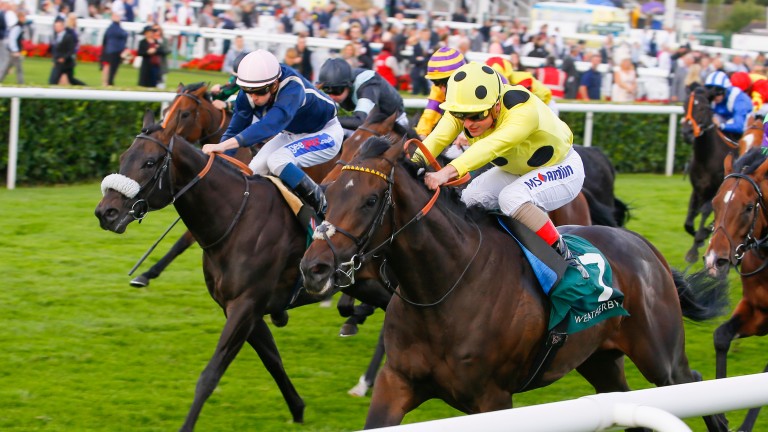 Laugh a Minute: considered to be a stakes horse by trainer Roger Varian
Mark Cranham
1 of 1
By David Milnes 6:00PM, JUN 5 2018

The Arabic word for 'tower', Burj, did not come with a tall home reputation before his debut at Newbury last month but still posted a promising third and is expected to step up on that in the Polyproof Products Novice Stakes (2.20) at Wolverhampton.

Saeed Bin Suroor is a lot happier with his intake of juveniles this year compared to 12 months ago and got off the mark when Dubai Legacy scored on his debut at Doncaster last Saturday.

That youngster is now booked for the Group 2 Coventry Stakes at Royal Ascot and Burj could make a late bid to join him if he were to score impressively here.

The son of Dansili is certainly bred for the part being a half-brother to this year's Group 3 Nell Gwyn Stakes winner Soliloquy.

Since his debut, Burj has shone in his subsequent work on the watered gallop in Newmarket, and his Newbury form got a boost when runner-up Pogo filled the same berth at Goodwood.

Bin Suroor said: "Burj ran well at Newbury and has improved in his work at home since. He's a nice type who will improve with his racing through the year and he should run another nice race."

Varian's a Laugh A Minute

Varian has always held Laugh A Minute in high regard and the three-year-old takes the high road to Hamilton to contest the first running of the British Stallion Studs Clyde EBF Conditions Stakes (3.30).

The £27,000 contest would do justice to a Listed or Group 3 contest with the likes of Sir Dancelot and Kimberella in there, but Varian is hopeful his charge can be competitive getting the 8lb allowance from the senior pair.

Laugh A Minute was unlucky not to win in his early juvenile career on a couple of occasions last year, especially at York, where he was done no favours by the draw, but saved the best until last when landing a £300,000 sales race at Doncaster in September.

Owned by Varian's main backer Sheikh Mohammed Obaid Al Maktoum, Laugh A Minute ran a solid seasonal return when fourth (promoted from fifth) in the Listed Pavilion Stakes at Ascot last month, when he did not get the best of runs.

Varian said: "Laugh A Minute is a lovely horse who had no luck in running at Ascot and we hope he's a stakes horse in the making.

"It looks a tough race with Kimberella and Sir Dancelot in there but we are hopeful of a good run on good ground or easier, which should suit him." 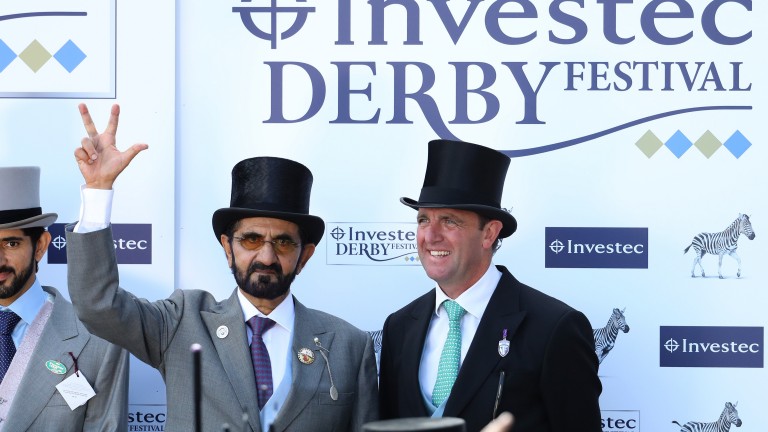 Australia got off the mark as a stallion when he had a winner in, of all places, Russia last month, but has yet to strike closer to home, something his daughter Beyond Reason is out to put right in the opening Wise Betting At racinguk.com Fillies' Novice Stakes (6.00) at Kempton.

The Charlie Appleby-trained filly beat all bar fellow newcomer New Winds on her debut over this trip of six furlongs at Newmarket last month, where she was doing all of her best work at the finish.

The Godolphin trainer said: "Beyond Reason ran a nice race at Newmarket and a repeat of that would see her home, but she isn't drawn the best in 11.

"Hopefully her experience will help her overcome it in a field made up of plenty of newcomers."

Can Rockfish make it four in a row?

Rockfish will be attempting to extend his winning sequence to four in the space of 19 days when he lines up for the Boyne Handicap (5.25) at Navan.

Joseph O'Brien has been making hay while the sun shines with the three-year-old, who achieved his most recent success at Gowran Park  and Donnacha O'Brien, who rode the son of Fast Company to his last three wins, is again on board.

His trainer said: "Rockfish seems to have taken his Gowran race well. It will probably be his last race in the grade so we almost had to run him, and hopefully he'll deliver another good effort." 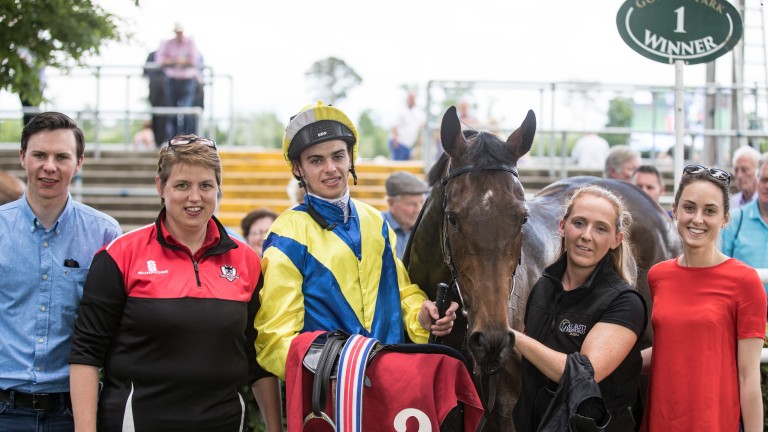 Rockfish: attempts to extend his winning sequence to four in the space of 19 days
Patrick McCann

Rockfish will have blinkers back on for the first time since getting off the mark over a slightly longer trip on his first start of the season at Dundalk in April.

Those taking on Rockfish include the Ger Lyons-trained Viscount Wilson, who is blinkered for the first time having been beaten a head in a 1m1f handicap at Hamilton six days ago, and the Dermot Weld-trained Scorpion Black, who was four and a half lengths behind Rockfish at Gowran Park on Monday.