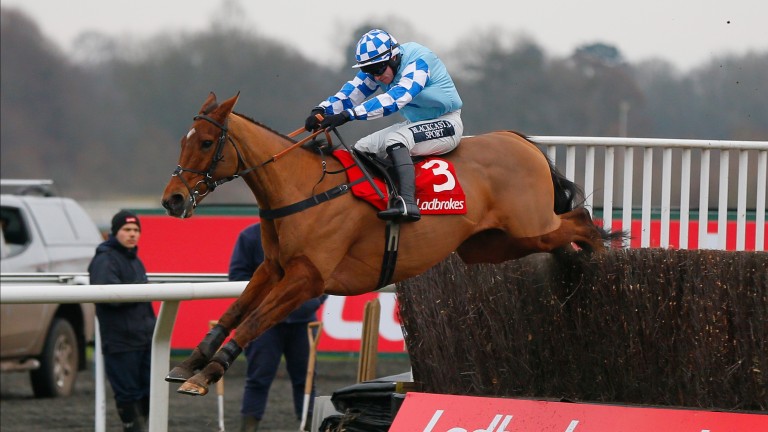 Decent horses can land a Grade 2 when everything falls just right. It takes a good horse to win at this level when not everything is perfect and that is exactly what Bun Doran did when landing the Ladbrokes Desert Orchid Chase.

Expectations were such that he was fourth choice of five with the bookmakers and neither trainer Tom George, or any of the owners in the Crossed Fingers Partnership, were present for the biggest win of his career.

The eight-year-old runs in the colours made famous by Champion Chase regular God's Own and his tendency to jump left will certainly be less of a hindrance at Cheltenham than it was at right-handed Kempton.

That is not to say Bun Doran jumped badly, far from it. He was big and bold generally, and clever when he needed to be, but forfeited vastly more than the length and a half he had in hand at the line over last season’s Racing Post Arkle winner Duc De Genievres. 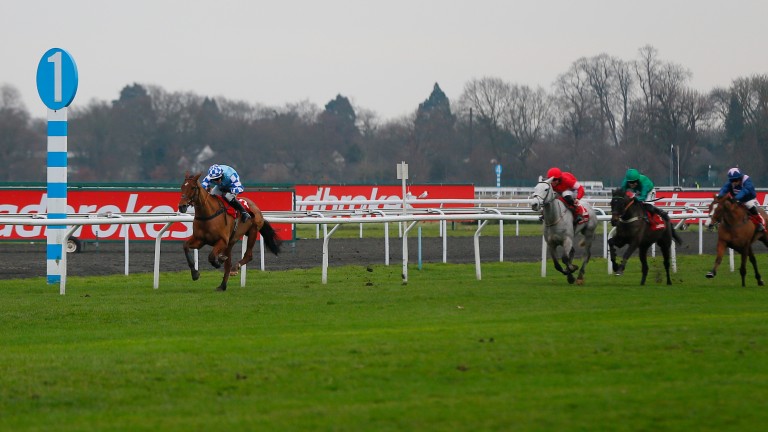 "He's probably best going left-handed, he got away with it today," said big-race partner Jonathan Burke. "Cheltenham suits him, you could see him jumping a bit left, so you'd be looking at those sort of tracks."

Asked if he could run well in a Champion Chase, for which he remains a best-priced 33-1, he added: "I see no reason why not, he's going to have to now. He seems to be on the up, it's mad to think as he seems to have been around a while but he seems to be improving."

Elaborating on that improvement, Burke added: "He gave me some spin, two-mile chasers are special. He stayed well and jumping was his forte, so I was keen to make it a good test. I knew that was the way to catch out Sceau Royal and take his speed away.

"He's unbelievable, for a big horse he stood off a few and it might have looked good on TV, but he's equally as good when he gets in tight, he's quick."

James Bowen, who rode the runner-up for Willie Mullins, said: "He has run better than on his last two races but he was up against very stiff opposition those days. He has run a good race and he felt as though he could get further."

FIRST PUBLISHED 2:42PM, DEC 27 2019
For a big horse he stood off a few and it might have looked good on TV, but he's equally as good when he gets in tight