Bullseye for in-form O'Brien as Deauville makes all the running 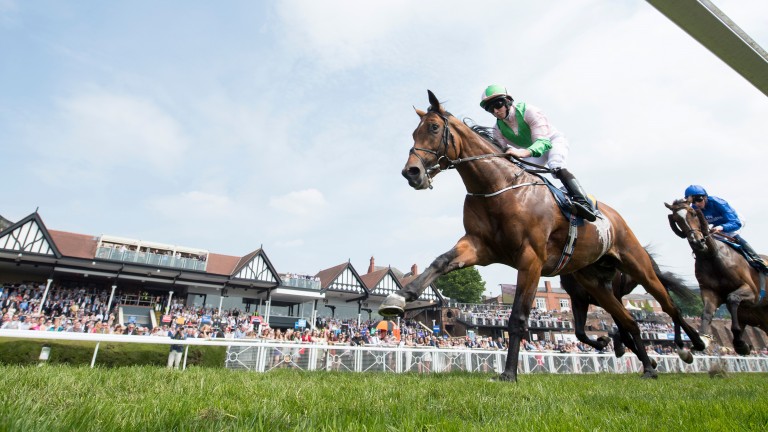 Aidan O'Brien didn't get where he is today without learning how to pick and choose his targets.

Having all the best bullets is no use if you don't know where and when to fire them.

The sportingbet.com Huxley Stakes would not be the biggest target in the master of Ballydoyle's programme book but it's well worth punters making a note when he does take aim at the Group 3 event.

O'Brien took the prize with Await The Dawn in 2011 and six years later Deauville, his only other runner in the race in the last decade, did the same.

Last year's Arlington Million third made all and held on well to score by a neck from Poet's Word under Ryan Moore and earn a 16-1 quote for the Prince of Wales's Stakes from Ladbrokes and 20-1 from Paddy Power.

"I was delighted with him and Ryan was delighted as well," O'Brien said. "We can look at the Curragh and Ascot and he's a very versatile.

"A mile and a quarter is probably as far as he wants to go. He's a very professional, very straightforward and sound horse."

Chip off the old block

Maraahel was a three-time winner of the Huxley for Hamdan Al Maktoum and Sir Michael Stoute so it was perhaps no surprise that his relation Khairaat should score over the same course and distance for the same team.

"He was bred to handle the track!" the owner's assistant racing manager Richard Hills joked after the four-year-old had comfortably landed the £30,000 handicap under Jim Crowley.

"He is a really nice horse. He was on a pretty fair mark and he is going to improve, a mile and two is about his trip.

"We always thought a lot of him, he had a lot of niggly problems from two to three and we we have taken our time with him. He is a very versatile horse and we will see how we go with him but we will take it one step at a time."

Royal Ascot beckons for him and for Mutawatheb, who completed a double for owner and jockey in the 7½f handicap.

"He was very unlucky at Chelmsford last time and has proved it here," Hills said.

"He didn't handle the track early on and it was a good performance. He gets a mile well and, for me, he's a nice horse for the Britannia."

Local trainer Tom Dascombe sent out his first winner of the week at a meeting that is so meaningful to his yard as Dragons Tail blazed home four and a half lengths clear in the two-year-old maiden.

"This meeting is really important to the stable," said part-owner Michael Owen. "It is our Royal Ascot - for a lot of horses their first target is the May meeting.

"We didn't have a winner on the first day and this takes the pressure off."

With a reduced amount of just 1mm of rain forecast overnight - and none during racing tomorrow - another 2mm of water was set to be applied to the track on Thursday evening.

The crowd of 17,099 was up by two per cent on 2016, with the numbers in hospitality eight per cent higher than last year.

Another treble on the cards?

In 2016 Tom Dascombe had no winners on the first day here, one on the second and three on the third. So far, he's followed exactly the same pattern this year - so watch out on Friday afternoon!

Aidan O'Brien is unbeatable at present and has won seven Group races in the last six days. What price a late supplementary entry to represent Ireland in Saturday's Eurovision Song Contest?

FIRST PUBLISHED 6:07PM, MAY 11 2017
We always thought a lot of him, he had a lot of niggly problems from two to three and we we have taken our time with him