Buick commends BHA after being cleared to ride at Craven meeting 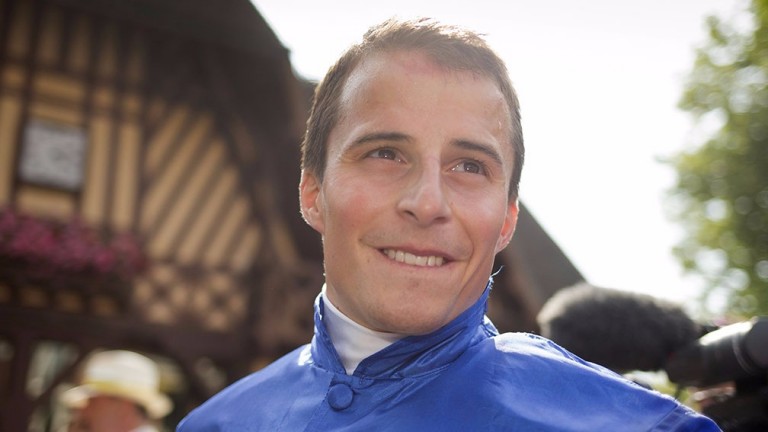 William Buick praised the BHA on Wednesday for clearing the way for him to ride at the important Craven meeting by offering no opposition to his appeal against an eight-day riding ban.

The Godolphin jockey said the authority had displayed "great understanding and professionalism" in taking the unusual step before Thursday's disciplinary panel hearing at which his suspension is expected to be overturned.

Buick was suspended by stewards at Chelmsford last Thursday night after they ruled he should have pulled up the John Gosden-trained Zillion, who was later found to be lame, ruling him out of all three days of the key Flat season curtain-raiser at Newmarket.

But 24 hours before the jockey was due to appear at its Holborn headquarters the BHA said it would be making no submission at the hearing because it now considered Buick had not breached the rules.

Buick said: "I was relatively confident I would get some sort of a result and am very thankful. It gives us great confidence in the BHA that they are willing to support what was right and I am grateful for the stance they have taken.

"The Chelmsford stewards haven't had as long to look at the incident and I understand why they held an inquiry, but fortunately the appeal system we have is very fair and the BHA have shown great understanding and professionalism. Paul Struthers and Dale Gibson of the PJA have been very helpful and supportive.

"It was obviously a mistake and the BHA have corrected it promptly. They have made themselves look very good."

The ban could have ruled Buick, Godolphin's only British-based retained rider, out of a meeting at which he could expect to be in high demand during a key period for assessing his connections' Classic hopefuls.

He added: "If you get suspended unfairly any meeting is a big meeting, but the Craven is a hugely important and hopefully we are going to have a few shots to fire there. It's nice to know in advance that this is all behind me."

The appeal hearing will take place in Buick's absence with the BHA recommending to the panel that the punishment be overturned because "it does not believe reasonable submissions can be made to oppose the upholding of Mr Buick’s appeal and the subsequent overturning of the charge and resultant suspension in this case".

Buick had reported that newcomer Zillion was "unrideable" after the colt came wide into the straight and hung to his left from over a furlong out in a mile maiden.

The colt was later found to have a marginally raised respiratory rate, although within normal limits, and "two-tenths lame on the left fore".

The BHA said the officials at Chelmsford were right to hold an inquiry as the horse "was not asked for timely, real and substantial effort to achieve the best possible placing which is required under the rules.

"However, the stewards accepted Mr Buick's explanation for the ride that the horse was hanging badly – a fact supported by the video evidence – and a review of the transcript of the inquiry and the reports from the veterinary officer indicate that Mr Buick could not reasonably have been expected to be aware of a potential welfare issue that was materially affecting the performance of the horse and which would have placed a requirement on Mr Buick to pull up the horse.

"As such, while we believe that the reasons for the decision taken by the stewards are understandable, the view of the BHA is that the ride was not in breach of the rules."

The BHA added: "Steps will be taken to ensure that we learn from this incident in terms of how similar matters are dealt with in future.

Paul Struthers, chief executive of the Professional Jockeys Association, said: "Whilst it is disappointing that the Chelmsford stewards incorrectly applied the rule, it is to the credit of the BHA that they have adopted the position they have.

"It serves to exonerate William of any wrongdoing in a timely manner and saves putting the PJA to unnecessary legal expense, and we commend them for taking such swift action."

FIRST PUBLISHED 10:44AM, APR 5 2017
It was obviously a mistake and the BHA have corrected it promptly. They have made themselves look very good

Buck stops with owners in welfare fight - so let's put a tax on prize-money Extra money - but less competition and lower crowds: the impact of more racing Are we looking at a Group 1 horse in a handicap? International Stakes insight Danny Brock gets 30-day ban for breaking whip rules on one ride in seven in 2021 Panorama to allege ex-Elliott horses were sent to UK abattoir Key points to come out of the Panorama expose which racing must answer