Buick doubles up on Rare Rhythm in handicap finale 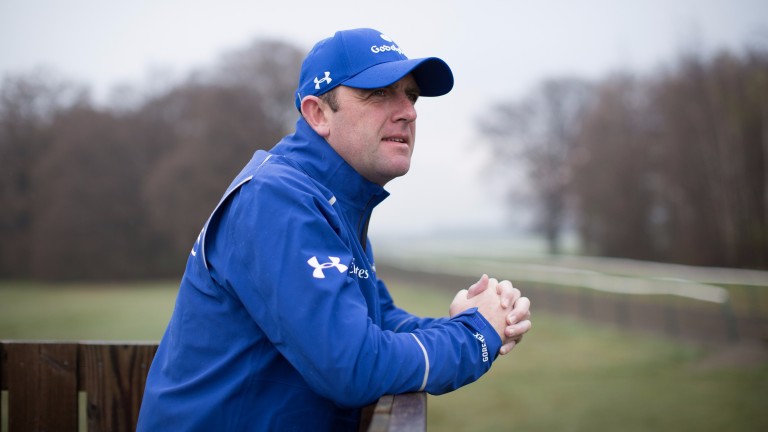 William Buick partnered his second winner of the day when he stole a march on the field aboard Rare Rhythm to land the Duke of Edinburgh Stakes for Godolphin and Charlie Appleby.

The five-year-old son of Dubawi was making his first appearance since the same race 12 months ago, when he finished eighth off the same mark and under the same jockey.

This year plenty of the plaudits will go to Appleby and his training performance, but Buick also deserves plenty of credit for making the most of the favourable position he had fashioned on Rare Rhythm.

The pace was not strong, which allowed him to soon sit second despite being drawn in stall 19 of 20. Presented to lead over two furlongs out, he edged left and then right in the closing stages but was always the likeliest winner in the straight.

He eventually prevailed by just over two lengths from Appeared, with a further length back to Star Storm and a neck to Top Tug, who led home a well-bunched midfield.

There had been a good deal in jostling in the straight and perceived interference caused by Adam Kirby aboard Sixties Groove led to the Stewards handing him a five-day ban that rules him from July 7-11.

Appleby said: "We were confident this horse was fit enough, we'd taken him to Chelmsford on two occasions to get him ready for today. I thought the ground would be quick enough for him, but from that draw and on that ground William's done brilliantly."

He added: "He's a horse we've always thought has had a lot of ability, but he'd been off a long time. We mapped him out for the November Handicap but we had a setback and it's been a big team effort to get him ready."

The win was a sixth on the week for Godolphin, the second from Appleby. Buick moved up to four winners in four days, just one behind Ryan Moore, the leading rider going into the final day of the meeting.

Can one-of-a-kind Jim Bolger pull off more Group 1 heroics with Poetic Flare? One trainer, one jockey, one horse and one race to note on Royal Ascot day one William Buick goes top in title race as he continues fine run of form 'It's been a great week' - Charlie Appleby's amazing run of success continues Shadwell 'trimming' continues with more than 100 horses catalogued for July sale 'Are we mad?' - connections go to record £38,000 to buy back seller winner