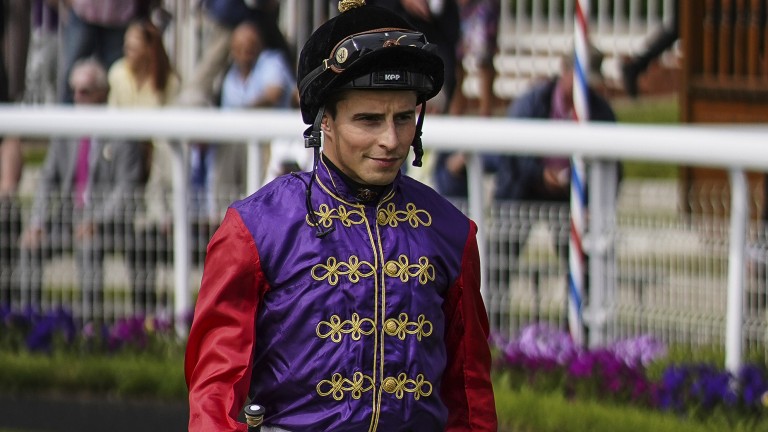 William Buick and Oisin Murphy will be in action in Australia over the next two weekends.

Buick has answered the call to ride Godolphin's multiple Group 1 winner Hartnell in this Saturday's All-Star Mile at Flemington.

Godolphin's head trainer in Australia, James Cummings, said he was delighted to have Buick aboard Hartnell, describing him as "a world-class rider".

When quizzed whether Hartnell was the forgotten horse of Saturday's race, Cummings answered: "It's possible he is, I'm not too sure, but William Buick is getting on a plane from the other side of the world so I'd say the team are confident in a solid showing from Hartnell.

"Hartnell battled back for a really nice third in the Futurity and I think he's primed to run well."

Buick's appearance at Flemington will be followed by Oisin Murphy at Rosehill the following weekend.

Murphy has been booked to ride the Ciaron Maher and David Eustace-trained Loving Gaby in the Longines Golden Slipper.

Last time Loving Gaby was a luckless sixth in the Blue Diamond Stakes at Caulfield.

Murphy rode nine Group 1 winners in 2018, a breakthrough year for the 23-year-old. He won his first stakes race in Australia as an apprentice when guiding the Nigel Blackiston-trained Outback Joe to victory in the Listed Bagot Handicap in January 2014.

FIRST PUBLISHED 10:46AM, MAR 12 2019
Hartnell battled back for a reallynice third in the Futurity and I think he's primed to run well