Buckley believes Brain has the power to light up Champion 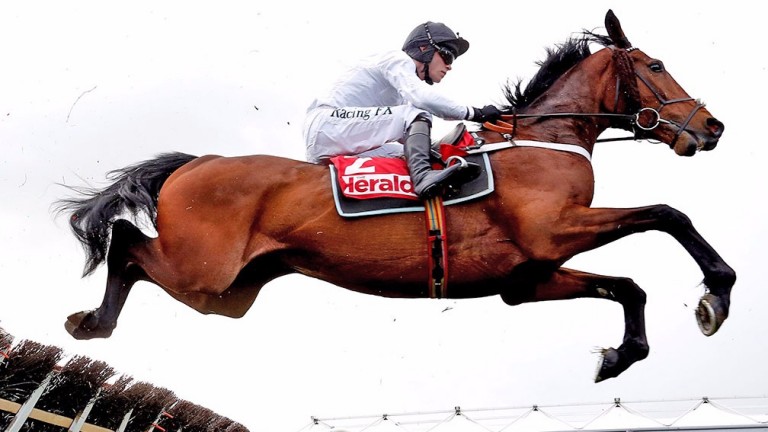 Brain Power, who emerged from the fog at Ascot in December to become a live Stan James Champion Hurdle contender, has a great chance of capturing hurdling's most prestigious prize if replicating and building on that form, owner Michael Buckley believes.

Nineteen remain in contention for the March 14 showpiece after Wednesday's forfeit stage, when the prospects of Yorkhill being supplemented receded, with trainer Willie Mullins indicating a preference to remain novice chasing.

Brain Power, always held in high regard by trainer Nicky Henderson, won off a mark of 142 at Sandown two weeks before bolting up in the race formerly known as the Ladbroke at a gloomy Ascot.

He is now rated 162 and is a general 7-1 for the Champion Hurdle, which has an open look following the defections of Annie Power and Faugheen, the previous two winners.

Their absence and the development of his six-year-old has Buckley, who won the 2012 Champion Chase with Finian's Rainbow, warming to the thought of more big-race glory.

He said: "He went to Newbury to work on Sunday and Nicky was very happy with him. He'll likely go straight to Cheltenham but if Nicky feels like he could give him another away – as he won't have raced since December – it's possible he might go to Kempton for that meeting in a couple of weeks.

"But Nicky's happy to prepare him without a run - he used to get [three-time Champion Hurdle winner] See You Then ready so he's got some previous."

The likely mount of David Mullins at Cheltenham, Brain Power showed flashes of talent last term and is now delivering on his promise.

"I was told he always worked well and I saw him work one day and he worked extremely well," Buckley continued.

"I thought I'd named this horse appropriately. Apologies to all the incredibly intelligent blonde ladies on the planet, but as his dam is Blonde Ambition I called him Brain Power, which I thought was quite amusing.

"He didn't demonstrate much brain power when he got to the races, so he seemed pretty inappropriately named last year, but I think he was a slow learner and he's grown up a lot mentally and you've only got to see him to see how much he's grown physically. I think he's a different proposition this season.

"I'd have been impressed if I'd been able to see him through the fog at Ascot. He carried 11st 11lb and if he'd won like that off 10st 6lb it would've been good."

Buckley added: "I think Brain Power's got a great chance if he can run like he did at Ascot, maybe improve a bit. My biggest fear is if Cheltenham turned into a bog because I think that would blunt his speed.

"He's a big, strong proposition and is a very different horse today than he was this time last year. He works with the best horses at home and goes with them. I'm very lucky to have him."

Mullins, having lost Annie Power and Faugheen from the reckoning, has five of the 19 remaining entries, but said of Yorkhill: "The JLT remains the plan for him."

One of the trainer's quintet, Vroum Vroum Mag, still has six Grade 1 options at the festival after Wednesday's forfeit stages.

FIRST PUBLISHED 7:57AM, FEB 15 2017
I think he was a slow learner and he's grown up a lot mentally and you've only got to see him to see how much he's grown physically. I think he's a different proposition this season