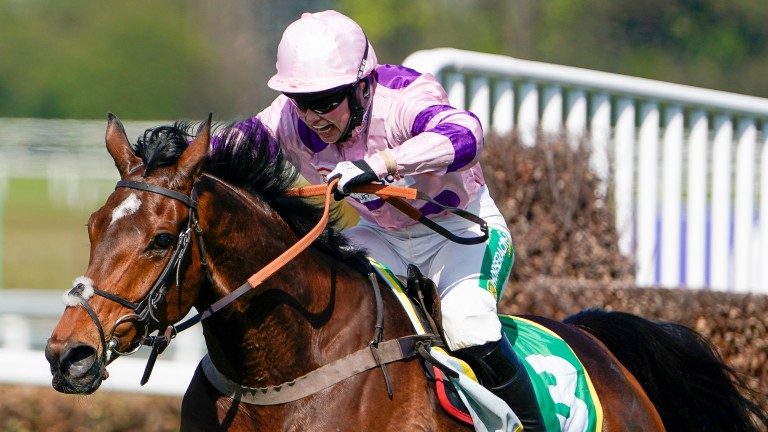 Bryony Frost willing on Greaneteen in the final stages of the Celebration
Alan Crowhurst
1 of 1
By Lewis Porteous UPDATED 7:38PM, APR 24 2021

Bryony Frost was already flying high after partnering her beloved Frodon to victory in the bet365 Oaksey Chase and she ended up in another stratosphere after collecting the fourth Grade 1 of her career with a tactically astute ride on Greaneteen in the bet365 Celebration Chase.

Frostreturned to the track only on Thursday after sitting out the previous ten days following a blow to her head when unseating from Yala Enki in the Grand National, but she was as sharp as a razor with her tactics. First galvanising Frodon to edge out Mister Fisher in a thriller and then producing Greaneteen to pounce on Altior turning for home to complete a memorable double.

"Having that little bit of time off I knew I couldn't get to 50 winners for the season, which is my personal best, so I was quite frustrated, but I'd do it all over again for an hour like this," beamed Frost, who had already landed this season's King George at Kempton on Frodon.

She had to be at her best as Altior set the Celebration Chase alight from the off, bounding into a clear lead and showing all the zest of yesteryear as he attacked his fences.

It was enough to take the likes of Champion Chase winner Put The Kettle On out of her comfort zone, but Frost made sure Greaneteen was always within striking distance of the leader.

She waited until after the third-last before smuggling her willing partner through on the inside of Altior turning for home and then sealed victory with two soaring leaps in the straight. 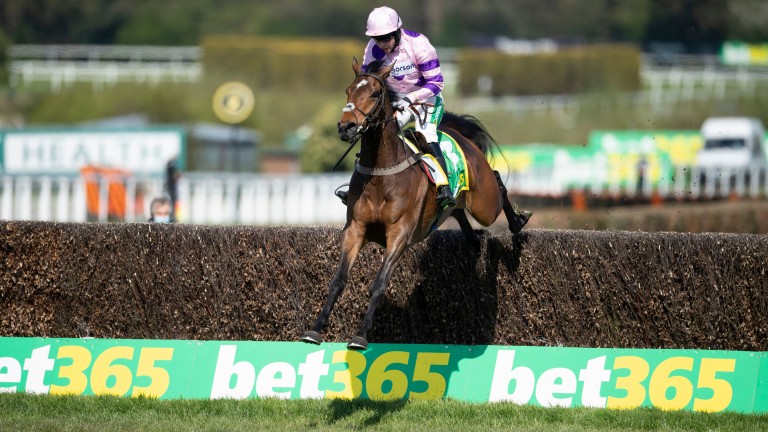 "Altior looked to be on a going day to me out in front," Frost said. "Knowing they toyed with the idea of two and a half miles, I knew he wouldn't be coming back in this ground today. He's a force to be reckoned with, so I used how my horse travels and likes to get on with the job. I allowed the gap to come down the hill and thought we better take it.

"He's extremely economical and tells you very early on going into a fence what he wants. He's not particularly big, but he's very neat and I was actually quite confident in him.

"He's not as keen as he used to be. That's the only chink in his armour and being a little bit too keen can cost him, but when he gets to settle off a fast pace, that's his ideal and he stays a very strong two miles. Getting a Grade 1 is epic."

Winning trainer Paul Nicholls was full of praise for Frost and her race-winning tactics.

"It was a great ride," said the champion trainer. "Altior went a right gallop and Bryony had the sense to follow him. All credit to her. It was a great move going down to the downhill fence and latching on to Nico. She was able to get a lead from him going into the straight and tactically she was very aware."

Just 35 minutes earlier, Frodon and Frost fought back tenaciously after being headed to turn around Mister Fisher's one-length advantage at the final fence and win by a neck. 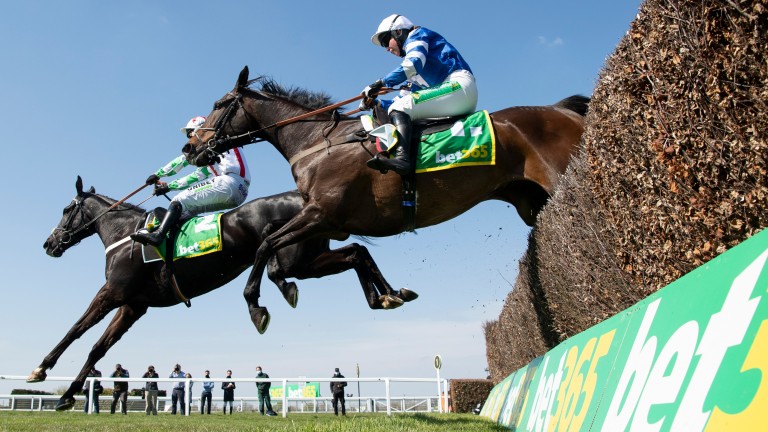 It was a success surely celebrated by most observers, although not those on the wrong side of Mister Fisher trading in-running at 1.04 for £1,519 on the Betfair Exchange. Frodon hit a high of 28.

"This horse is somebody else, isn't he," said Frost. "What an amazing athlete he is. He might not be the best and he might not be unbeatable, but you have to admire his bravery and enthusiasm. He just gives you everything.

"What a battle! Mister Fisher was all over us, but this lad won't go down without a fight. When you have a partner like that it makes you as brave as a lion."

All roads lead to a repeat King George bid for Frodon, while Nicholls has set his sights on the Tingle Creek for Greaneteen. Whether he will face a rematch with Altior remains to be seen, although Nicky Henderson seemed keen to bring the eleven-year-old back next season.

Click here to watch Greaneteen's victory in the Celebration Chase

"He ran a brave race," said Henderson. "I should think he just needed it and got a little bit tired in the end. He's done nothing wrong at all and is full of the old spark. He's gone a good gallop and he's enjoyed himself.

"He had three weeks off over Cheltenham when he was sick, so he'd be entitled to come on for it and it was a fair old rush to get him here. But we got here and he proved he can still go a good old gallop."

Asked if he would be back next season, Henderson added: "Everyone has got to talk about it, but I don't see why not to be honest. All things are up for discussion, but you'd have to be pleased. We'll think about it all over the summer."