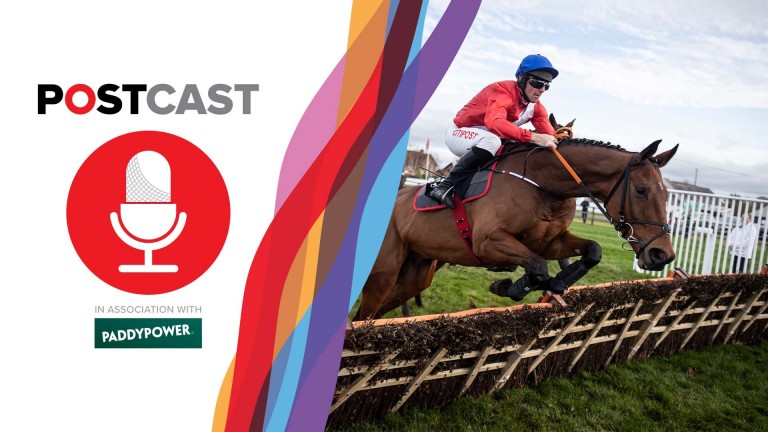 Bruce Millington is joined by Paul Kealy, Maddy Playle and Paddy Power's James Ryan for a look ahead to the weekend racing at Sandown, Wincanton and Naas, including strong renewals of the Tolworth and Lawlor's of Naas Novice Hurdles.

- The team gives some fresh views after a busy period of racing over Christmas and the New Year. What were their key take-outs from the festive action?

- On Saturday, Sandown's card features the Grade 1 Unibet Tolworth Novices' Hurdle, which has an impressive roll of honour. The team give the names they think most likely to join that list.

- Wincanton stages three races on ITV4 on Saturday, but which horses have the team marked out?

- Envoi Allen seeks to maintain his perfect record in the Grade 1 Lawlor's of Naas Novice Hurdle. Does anyone think he will be beaten?