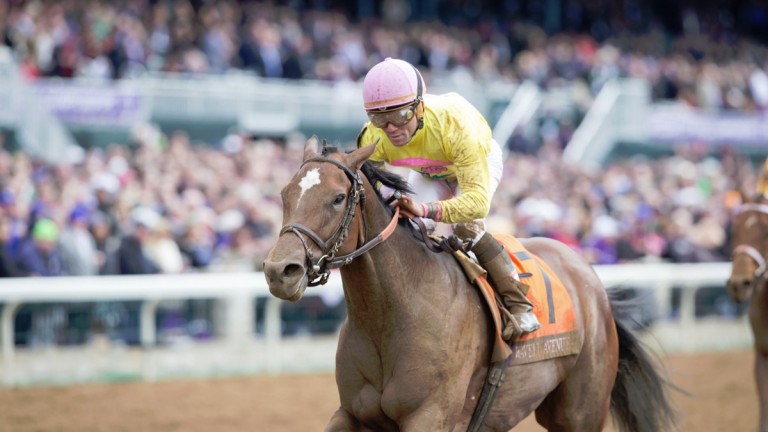 Wavell Avenue is tasked with emulating Groupie Doll, who won back-to-back runnings of this race in 2012 and 2013.

The Chad Brown-trained mare produced a career-best effort with a power-packed finish to prevail last year but has not managed to match that form this season and arrives on the back of defeats to Haveyougoneaway and Paulassilverlining, who reoppose.

Brown is not concerned, however, and feels his mare is peaking when it matters most.

“I think she’s coming into this race the way she came in last year,” he said. “She’s getting good at the right time.“

Gloryzapper has a bit to find on form but ran right up to her best when winning here last time.

“She’s a filly with some tactical speed,” said trainer Phil D'Amato. “I think seven-eighths [of a mile] will be perfect for her. She's going to have to run the race of her life to compete but she’s coming into the race the right way.”

The market is likely to be headed by Carina Mia, who bids to create a small slice of Breeders' Cup history by becoming the first three-year-old winner of this race since its addition to the programme in 2007.

Carina Mia has done much of her racing at around a mile and has had the misfortune of bumping into the high-class Songbird on a couple of occasions.

A six-length winner of a Grade 2 over seven furlongs at Churchill Downs in May, Carina Mia remains relatively unexposed at this trip and could have more to offer.

FIRST PUBLISHED 6:00PM, NOV 4 2016
I think she's coming into this race the way she came in last year