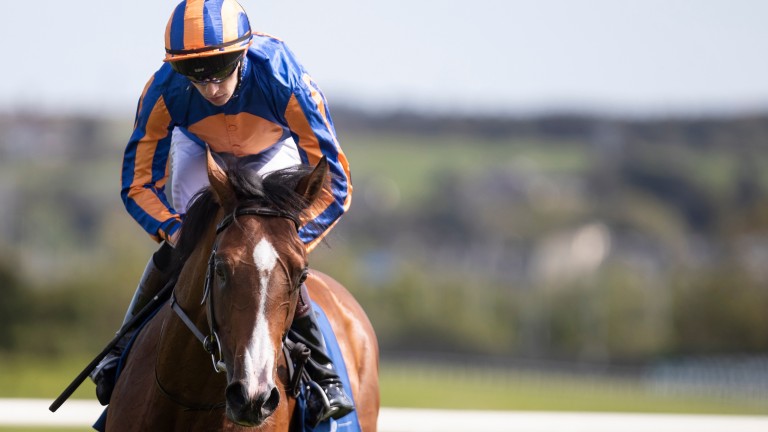 Broome: should be hard to beat at the Curragh as he bids to complete a hat-trick
Patrick McCann (racingpost.com/photos)
1 of 1
By Brian Sheerin 6:00PM, MAY 2 2021

Melbourne Cup hero Twilight Payment races for the first time since that epic triumph but he could have plenty on his plate with Broome in the line-up.

Broome, trained by Aidan O'Brien, finished fourth in the 2019 Derby before going missing last season but has redeemed himself this season with Listed and Group 3 wins and arrives here with confidence sky high.

Twilight Payment became Joseph O'Brien's second Melbourne Cup winner and clearly has a big season ahead of him but 1m2f is probably a bit sharp for him. 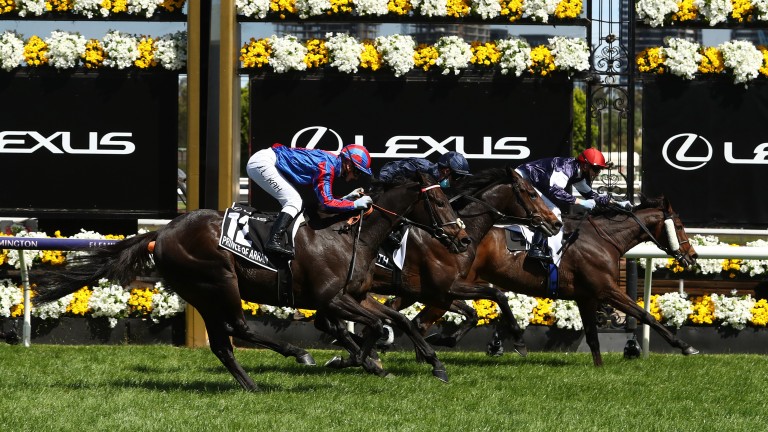 Heavy rain is forecast for the Curragh on Monday and, if it arrives, Noel Meade, Ado McGuinness and Willie McCreery won't be complaining.

Up Helly Aa, trained by McCreery, would be the chief beneficiary and he comes into this race off the back of an improved effort when third to Broome in the Alleged Stakes with a first-time visor.

Helvic Dream and Saltonstall go well on soft ground as well and their chances of giving Broome a race will be greatly increased if the terrain turns testing.

Ancient Spirit, who has been campaigned largely over 1m but has form over this sort of trip, shouldn't be ignored but Broome is the class act and should win if he runs to form.

Joseph O'Brien, trainer of Twilight Payment
His best runs have come over further but it’s a nice race to get him started in. We wouldn’t want too much rain ideally.

Jessica Harrington, trainer of Ancient Spirit
He has run well over this trip before and we’re looking forward to stepping him up to 1m2f. He’s a lovely horse but it looks a tough race.

Aidan O'Brien, trainer of Broome
He's in good form and we've been thrilled with how he has begun the season. We have the option of races like the Tattersalls Gold Cup but we’ll get over this race first.

Ado McGuinness, trainer of Saltonstall
He has picked up plenty of money for being placed in these races of late and hopefully he can run another solid race.

Willie McCreery, trainer of Up Helly Aa
Hopefully a bit of rain comes. He ran a lovely race in the Alleged Stakes and this has cut up, so we said we'd take a chance. The combination of the visor and riding him more forward helped last time.