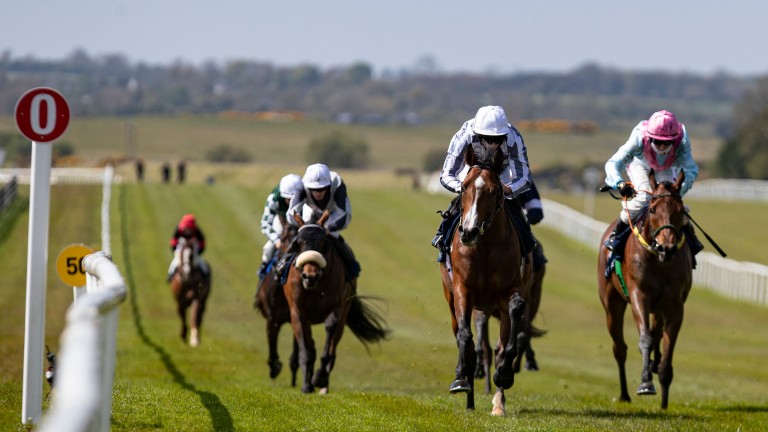 Broome: bids to bag a breakthrough Group 1 in the Tattersalls Gold Cup
Patrick McCann (racingpost.com/photos)
1 of 1
By Brian Sheerin UPDATED 7:02PM, MAY 22 2021

Still we wait for Love to reappear, but in her absence Aidan O'Brien has assembled a three-strong team – Broome, Tiger Moth and Serpentine – that won't be easy to brush aside.

Broome is unbeaten in five starts at around this trip and has been faultless in winning a Listed race, a Group 3 and a Group 2 in his three starts this term.

The 2019 Derby fourth has returned better than ever this season and is on an upward trajectory. Yet to win a Group 1, Broome has outstanding claims of breaking his duck at the highest level here.

Stablemate Tiger Moth lacks match practice having not run since finishing second in the Melbourne Cup, while last year's Derby hero Serpentine is a hard horse to weigh up.

Having slipped the field at Epsom, Serpentine went on to run respectable races in the Grand Prix de Paris and Champion Stakes, and it will be fascinating to see what he can do at four.

Dual Irish St Leger winner Search For A Song ran a cracker on her comeback in the Saval Beg, and while she placed in this race last year her optimum is over further.

If there is one horse capable of landing a blow on O'Brien's trio it's the Jessica Harrington-trained Cayenne Pepper.

Versatile with regards to the ground, Cayenne Pepper showed what she is capable of when winning a Group 2 over this course and distance last term. Also twice placed at the highest level in 2020, she should not be far away.

Andy Slattery is something of an eternal optimist, but he has warned punters not to overlook Sunchart as he plots the downfall of hot favourite Broome.

Sunchart has a huge amount to find on ratings. If this were a handicap he would be getting 8lb off Broome, but Slattery has reason to believe his charge can put in a career-best effort.

For starters, Sunchart is reported to be in a completely different level of fitness than when he chased Broome home on his reappearance at Naas.

As well as that, the colt "grows an extra leg" on heavy ground according to Slattery, who is relishing going toe to toe with the big guns on his four-year-old's favoured surface. 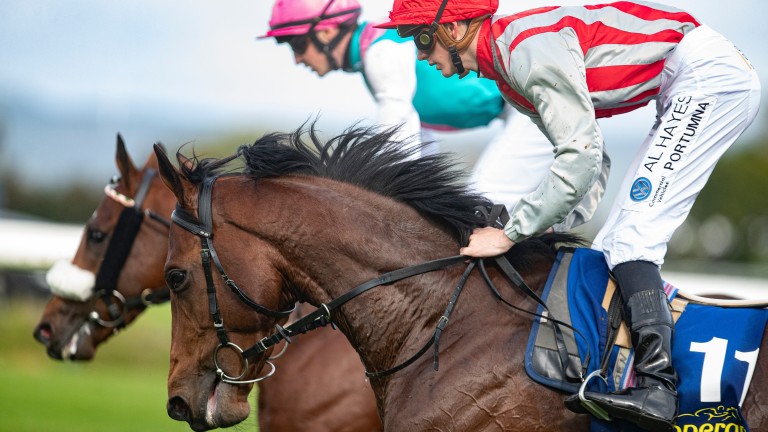 Sunchart: "He grows an extra leg when the mud is flying"
Patrick McCann

He said: "Sunchart wasn't fit at Naas yet he pulled ten lengths clear of Noel's [Meade] horse [Helvic Dream], but I see that lad is priced up at 7-1 and we're 33s. I can't make sense of that.

"He hadn't even been away on grass ahead of his comeback so I know I have a much fitter horse going to the Curragh. Not only that, my lad loves this testing ground – he grows an extra leg when the mud is flying. A bit of luck in running and I don't think he'll be out of the frame. In fact I'd be very disappointed if he wasn't in the shake-up."

Aidan O'Brien, trainer of Broome, Serpentine and Tiger Moth
You'd obviously have to be very happy with the way Broome's season has gone so far. He's had his three runs and won each of them. We've been very happy with him since he won the Mooresbridge and he seems to be in very good form. Serpentine is just ready to start back. He's well in himself, but he should come on plenty for the run. It's a similar story with Tiger Moth, who is just ready to start back too. He'll improve plenty as well.

Noel Meade, trainer of Helvic Dream
When it came up on the testing side we decided to have a go because he loves an ease in the ground. There is plenty of money on offer.

Jessica Harrington, trainer of Cayenne Pepper
She's strengthened up over the winter and I'm very happy with her. She seems to be very adaptable with regard to ground so hopefully she will be fine on it. It's a good race, but hopefully she goes there with a chance.

Aidan O'Brien weighs up his chances of making it ten in the Irish 1,000 Guineas

FIRST PUBLISHED 6:00PM, MAY 22 2021
A bit of luck in running and I don't think he'll be out of the frame. In fact I'd be very disappointed if he wasn't in the shake-up