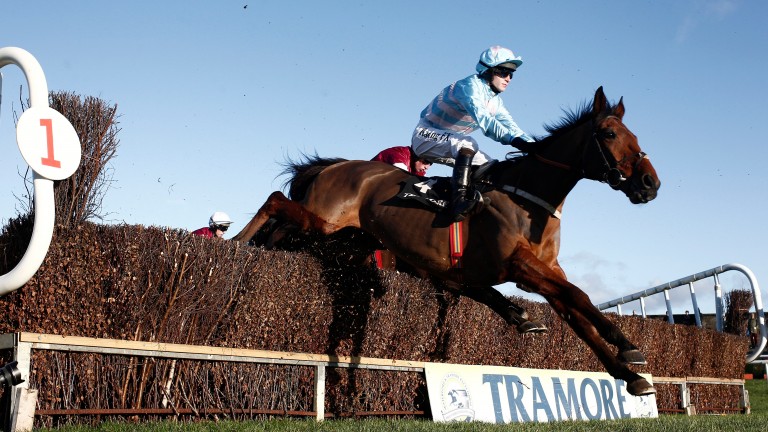 Champagne West ticks all the boxes for the Timico Cheltenham Gold Cup according to owner Roger Brookhouse, thanks to work rebuilding the confidence of the stunning Thyestes Chase winner.

Brookhouse said the nine-year-old was fizzing again with the promise he showed as a novice after landing two chase wins since switching to trainer Henry de Bromhead.

The Racing Post Arkle and hot favourite Altior are also in the owner’s sights with Some Plan as he plots another shock to emulate the one pulled off by his Western Warhorse in the race three years ago.

Champagne West is set to be a first Gold Cup runner for Brookhouse, whose festival success includes the victory of Cheltenian – himself a 14-1 shot - in the 2011 Champion Bumper.

A seven-and-a-half-length success last month under David Mullins at Gowran Park, where the once error-prone chaser jumped sweetly in the main, served notice of Champagne West’s credentials for the Gold Cup, for which he is a general 20-1 chance.

The victory was the clearest evidence yet of the rejuvenation of a horse who was a leading hope for the RSA Chase after two wins at Cheltenham a couple of years ago before a fall when favourite for the Scilly Isles Chase ended his season.

Brookhouse said: “He just lost his confidence. He always was a very good horse but he just lost his way a little bit. He injured his hock and had to come back from that as well.

“So we’ve done a lot of work with him, and so far we’ve succeeded. You could see his confidence was back with the way he won at Tramore and then in the Thyestes Chase.

“He likes it around Cheltenham and has won there twice. You need a lot of luck in running on the day as well, but he ticks all the boxes. He’s got a very good chance."

The owner, whose horse was allotted second-top weight in the Randox Health Grand National when they were unveiled this week, added: "The Gold Cup is the most prestigious event in National Hunt racing but I’ve never had a runner in it before because I’ve not had one right for it.

“I love Cheltenham and it’s fantastic having winners there, especially at the festival with Cheltenian and Western Warhorse.

“We’ve got to get there first of course and he wants the ground on the easy side.”

No running from Altior

While Brookhouse is hoping there is rain about for Champagne West on the final day of the festival, he would rather it arrived after the Arkle on the opening day, when Some Plan, also new to the De Bromhead yard this season, will run in preference to the JLT.

An unlucky faller when going well at Cheltenham in November, the nine-year-old then won at Naas before taking the Grade 1 Arkle at Leopardstown last month, capitalising on the last-flight fall of Royal Caviar.

Blocking the way at Cheltenham is the imperious Altior, but having watched his 33-1 chance Western Warhorse down joint-favourite Champagne Fever three years ago, Brookhouse is not about to flee from a challenge.

He said: “Obviously we’ve got Altior to worry about. We just need to persuade Mr Henderson to run him in the Champion Chase!

"But Some Plan is a good jumper who can lay up with Altior. He’s also got a turn of foot. Like Champagne West, he’s got a very good chance, without a doubt.”