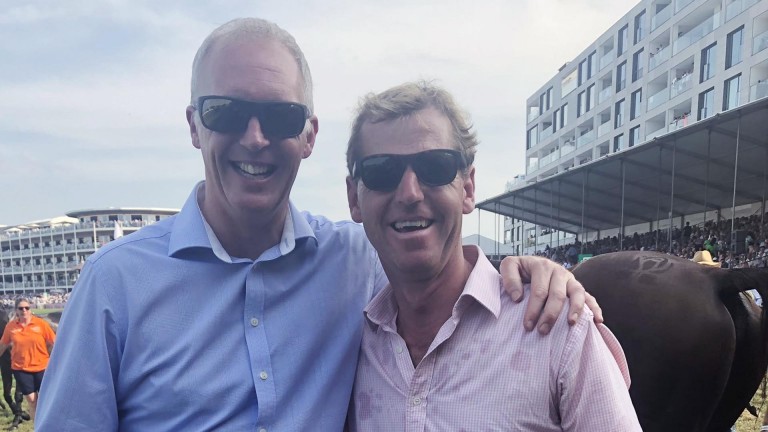 The humps, bumps and river jumps of Waregem proved much to the liking of the David Pipe-trained Van Gogh Du Granit, who ran an excellent race under top weight to finish fourth in the Grand Steeple-Chase des Flandres.

The ten-year-old finished a place ahead Fact Of The Matter, trained by Jamie Snowden, who dwelt at the start of the 2m7f contest but finished powerfully under Gavin Sheehan.

The daunting jumping test, commonly referred to as the Belgian Grand National, features a mix of large fences, banks and the signature jump over the Gaverbeek river taken in front of the stands.

#FactOfTheMatter is 5th in the Grand Steeplechase Des Flandres #BelgianGrandGrandNational @waregem_koerse Dwelt at the start but finished like a train under @gavsheehan92 What an experience. pic.twitter.com/fEZeuoDqmP

In spite of the good performances from both British-trained runners, neither could trouble eventual winner Calisco De Kerser, who stayed on well after the last to give trainer Patrice Quinton a ninth success in the race and claim a winner's pot of over £45,000.

FIRST PUBLISHED 6:14PM, AUG 27 2019
The ten-year-old finished a place ahead Fact Of The Matter, trained by Jamie Snowden, who dwelt at the start of the 2m7f contest