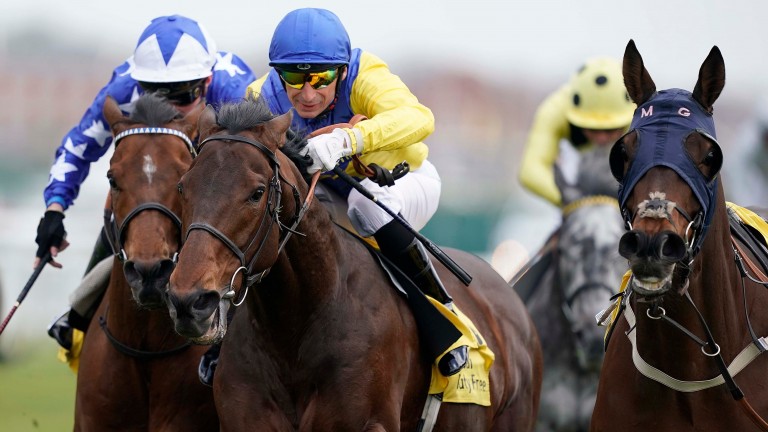 John Gosden-trained stablemates Lah Ti Dar and Coronet will form part of a five-strong British challenge in a seven-runner renewal of the Grand Prix de Saint-Cloud on Sunday.

The Roger Charlton-trained Aspetar finished a length second to Marmelo in the John Porter Stakes at Newbury in April but struck at Group 2 level for the first time when successful at Chantilly at the start of the month.

Temperatures are set to peak at 36C in Paris on Saturday and 28C on raceday – on Friday a national record of 44.3C was recorded – and Charlton’s travelling team have taken extra precautions.

Charlton said: "Aspetar seems well but this is a step up in grade for him. Although it was a Group 2 he won last time I don’t think it was the strongest of races. He’s in good form though and travels well, which could be an advantage in this heat.

"He’s travelling overnight on the Eurotunnel when it will be cooler and we’re taking fans with us to place onto the doors, while electrolytes should help to combat dehydration.

"He’ll be checked over by the vets when we get there to see how he has taken the travelling."

The Carlos Laffon-Parias-trained Ziyad finished a three-quarter-length second to Aspetar that day and is one of two runners for France in this Group 1 contest, in which the progressive Morgan Le Faye has been declared by Andre Fabre.

Noble Mission was the last British-trained winner of the race for Lady Cecil in 2014.

FIRST PUBLISHED 12:05PM, JUN 28 2019
He's in good form though and travels well, which could be an advantage in this heat