British raider the one to beat in bumper Berlin marathon test 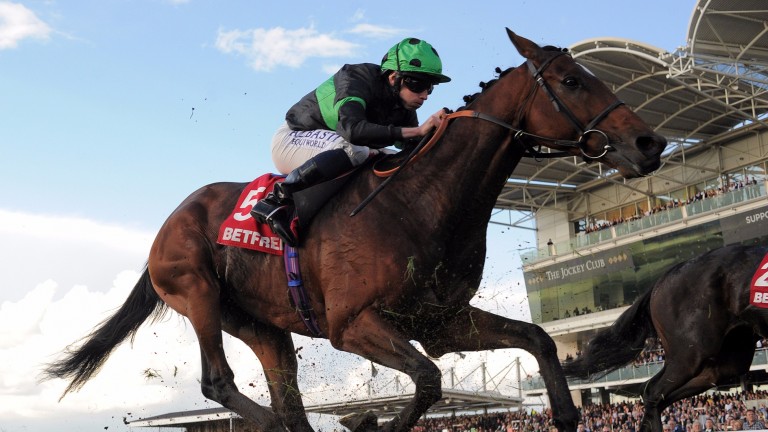 Politically, Britain is loosening its links to Europe, but at the highest level of racing administration a united front is trying hard to protect and improve the sport's Flat staying programme, with immediate progress evident at Hoppegarten on Sunday.

The Hughie Morrison-trained Nearly Caught is the horse to beat in Germany's premier long-distance event, the Comer Group International Oleander-Rennen, a contest upgraded to Group 2 status and this year set to host a record field of 16 runners.

The European Pattern Committee in February unveiled "exceptional enhancements", aimed at "safeguarding the future of the staying horse in Europe".

The headline move was to promote the Qatar Goodwood Cup to Group 1 status, but among a raft of other changes was the boosting of the Oleander-Rennen, although its £34,188 first prize is still low relative to other Group 2 features.

Nevertheless, with a field size average of 8.7 across the previous 45 runnings, the two-mile race has this year proved more popular than ever before, perhaps also because the winner of the Berlin contest is entitled to an all-fees-paid entry to the Grade 3 $400,000 Belmont Gold Cup Invitational on June 9, with a generous travel allowance included. The connections of the first three home would also not have to pay an Irish St Leger entry fee should they head to the Curragh.

Already blessed on the stayers' front is Morrison, whose Marmelo won the Prix de Barbeville at Chantilly just days before last year's Cesarewitch heroine Sweet Selection took the Sagaro Stakes at Ascot, where Nearly Caught, third in the 2016 Prix du Cadran, was an encouraging third.

"The track will suit him," said Morrison. "It’s a bit of a punt but he seems very well after Ascot, so we thought we would have a go."

Also giving it a go is Andreas Wohler, who has two runners, headed by Red Cardinal, third in last season's Geoffrey Freer Stakes before posting a German Group 1 second.

"He stays and stays, no problem," said Wohler. "It took a while to get him going in the spring but he looks well now. It’s not easy to go two miles first time out but he is in good shape. The Hughie Morrison horse looks the one to beat."

And you thought finding the Royal Hunt Cup winner was hard . . . Clifford Lee rides first Royal Ascot winner as Significantly strikes 'I'd work another 15 years as hard as I could to have one more day like that' How Kirby defied false perceptions and his own body to become a Derby hero