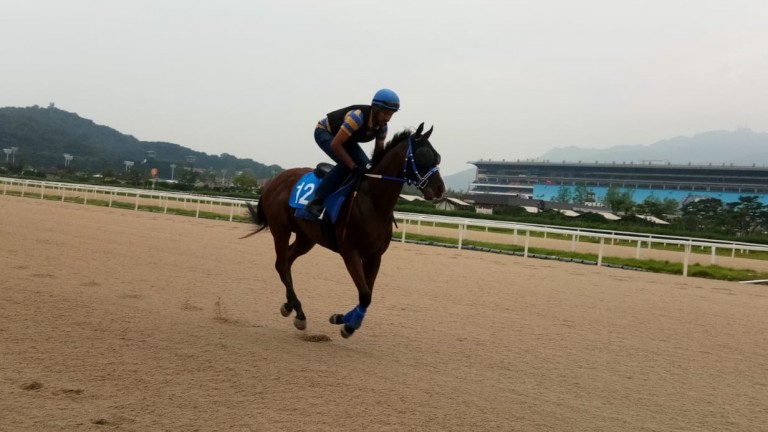 Trainer Paul D'Arcy is looking forward to having his first runner in South Korea on Sunday when his useful handicapper Pass The Vino tackles 15 rivals in the Keeneland Korea Sprint.

The six-furlong contest, which is run on sand, starts at 3.05pm local time at Seoul racecourse (7.05am BST), so D'Arcy was busy getting adjusted when arriving at his hotel in the South Korean capital on Friday.

Pass The Vino will also be a first ride in South Korea for David Egan who is later booked to ride Jane Chapple-Hyam's Ambassadorial in the Keeneland Korea Cup over 1m1f (8.15am BST).

Egan was due to fly out after riding at Ascot on Friday where he will link up with both horses who have been out there since last weekend.

In contrast to D'Arcy and Egan, Chapple-Hyam is an old hand at travelling horses to South Korea having been a pioneer for British-based trainers three years ago when taking Solar Deity out to the Korea Cup.

Ambassadorial, who has won and been placed at Chelmsford this year, should enjoy the left-handed track and sand surface.

D'Arcy said from Korea: "All the reports have been good about Pass The Vino since his arrival as well as Ambassadorial. Both have settled in well and I plan to go in early on Saturday morning to put the finishing touches to Pass The Vino. The race is still competitive even though the Japanese aren't allowed to come."

FIRST PUBLISHED 9:30AM, SEP 7 2019
Both have settled in well and I plan to go in early on Saturday morning to put the finishing touches to Pass The Vino