Bring it on! Pinatubo to tackle Aidan O'Brien big guns in National Stakes 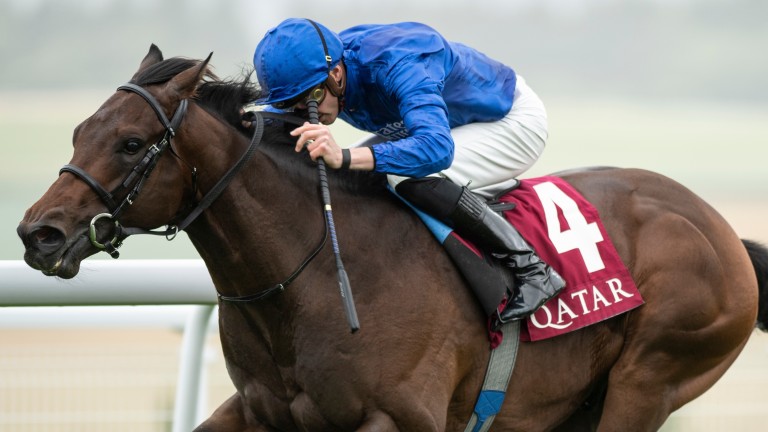 Pinatubo, the outstanding juvenile of the season, will face his toughest test on Sunday after Coolmore declared crack two-year-olds Armory and Arizona in opposition to him in the Group 1 Goffs Vincent O'Brien National Stakes.

The National Stakes is the highlight of day two of Longines Irish Champions Weekend at the Curragh, and could have a big say on the markets for next year's Classics with Pinatubo favourite for the Qipco 2,000 Guineas and Investec Derby after going unbeaten in four races, including a stunning five-length victory in the Vintage Stakes at Glorious Goodwood.

Pinatubo’s trainer Charlie Appleby defeated Aidan O’Brien in the race last year when Quorto got the better of Anthony Van Dyck, and Ballydoyle will once again field the strongest challenge to Godolphin in the shape of Coventry Stakes winner Arizona and Armory, the improving winner of the Futurity Stakes.

The quality and intrigue of the colts' Group 1 is matched by the fillies' equivalent with Albigna heading a field of nine for Sunday's Moyglare Stud Stakes.

Unbeaten in two starts for Jessica Harrington and the Niarchos family, Albigna will be challenged by Albany Stakes winner Daahyeh and Aidan O’Brien's Love in the 7f contest.

Last year's Doncaster hero Kew Gardens bids to get off the mark for the season in the Comer Group Irish St Leger.

He will have no easy task though with the likes of Melbourne Cup winner Cross Counter, last year’s Irish Derby scorer Latrobe and Capri among his nine rivals.

A final field of 12 for the Derrinstown Stud Flying Five also contains a number of classy contenders with the likes of Mabs Cross, Soffia, Houtzen, Soldier's Call and Invincible Army lining up for the 5f Group 1.

FIRST PUBLISHED 11:14AM, SEP 13 2019
The National Stakes is the highlight of day at the Curragh, and could have a big say on the markets for next year's Classics

Confirmed runners and riders for Saturday's Irish Derby at the Curragh Seamie Heffernan: staying power is High Definition's trump card in Irish Derby A step too far? O'Brien comments suggest Melbourne Cup dominance about to end Hussey shines as Iowa mows them down for Ulster Derby success Doyle Force: Creative rider off the mark for the week as Appleby bags a 1-2 'He could be a Guineas/Derby horse' - O'Brien excited by Point Lonsdale