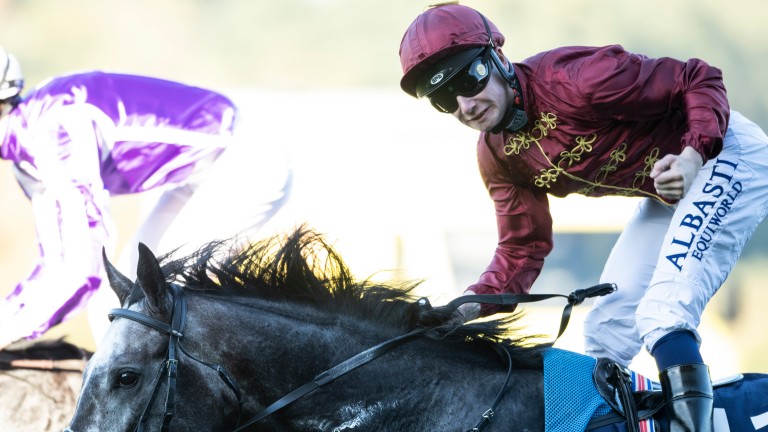 Any trip, any ground, anywhere. When Roaring Lion is concerned, it makes no difference – he is simply unstoppable.

So much was against this season's rising star as he chased a fourth consecutive Group 1 win in the Queen Elizabeth II Stakes, including a trip short of his ideal and ground he "hated", but he showed all the courage of a pride of lions in their prime, roaring to a tenacious win under a skilled Oisin Murphy ride.

Had he not been owned by Qatar Racing, whose sister company Qipco have thrown their lot behind British Champions Day since 2011, Roaring Lion may well have been pampered before a trip to the Breeders' Cup.

But instead of chilling out in the spa-like facilities of John Gosden's all-conquering Clarehaven yard after heavy rain early in the week turned the ground against him, the owners decided to be bold with their champion, switching from Plan A in the 1m2f Champion Stakes to tackle the shorter test of the QEII over a mile. It proved inspired.

His victory may have lacked the ease of his Juddmonte International triumph or the explosive turn of foot which sealed an unlikely win in the Irish Champion Stakes, but this was no less absorbing, Murphy expertly nursing his partner into contention before asking for maximum and getting every ounce from his partner in the final furlong.

"What a horse," declared Gosden after Roaring Lion held off outsider I Can Fly – whose rider Donnacha O'Brien received a seven-day whip ban, which means he misses the second day of the Breeders' Cup, and £2,050 fine – by a neck to complete the Group 1 four-timer.

"At no stage was he ever on the bridle and Oisin said he absolutely hated the ground. He's probably a good ground/good to firm ground horse, but he showed his class and so did the jockey.

"Oisin could have panicked at the two-furlong pole and thrown everything at it, but he kept him balanced, nursed him and got him there." 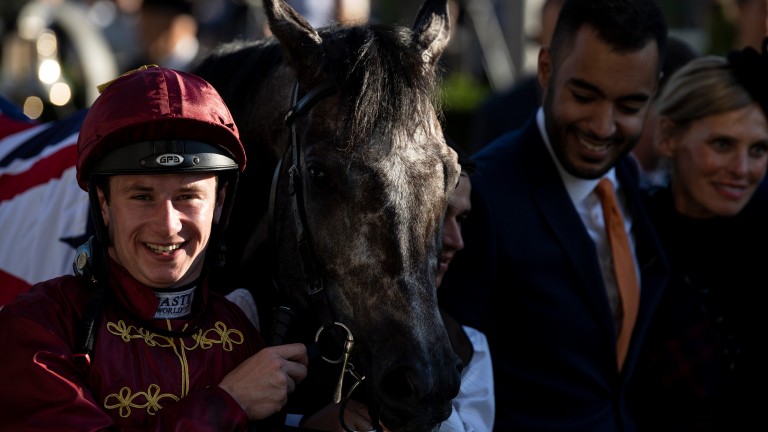 Gosden continued to heap praise on Murphy, a young rider who has come of age this year with nine wins at the top level alone in 2018, growing in confidence alongside Roaring Lion.

The 23-year-old, never flustered in or out of the saddle, has become the go-to jockey on the big stage this season, but even by his own high standards he was at his clinical best not to engage top gear too soon despite being on a horse dropping in trip.

"He hated the ground and was never on the bridle but he wanted it and showed his resolution and toughness," said Murphy.

"It was nip and tuck in the final furlong and my horse had no petrol left, but he stuck his head out and I'm very relieved to get the job done.

"Dropping back to a mile is what initiated him winning. If he'd gone ten furlongs today we'd have been in trouble."

Gosden thought this was more than likely Roaring Lion's glorious swansong, but while confirming a stallion career awaits at the end of the season, Sheikh Fahad is keen to have one last crack of the whip against the best dirt horses in the United Stakes in the Breeders' Cup Classic at Churchill Downs on November 3.

"We are strongly considering the Breeders' Cup Classic on dirt," said Sheikh Fahad. "We need to see how the horse comes out of this race. 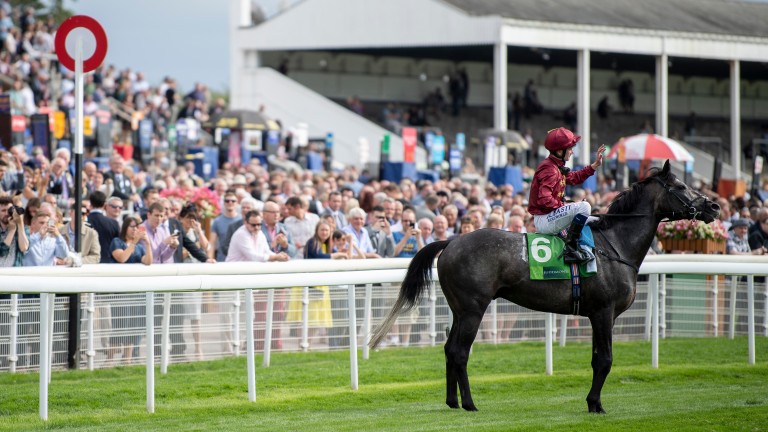 Roaring Lion has been simply brilliant this season, and it might not have ended yet with a trip to the Breeders' Cup being considered
Edward Whitaker

"It's only two weeks and he's had a hard campaign so it will be a very tough decision, but at the moment the plan is to go there. He will be retired next year to Tweenhills Stud, along with Lightning Spear, so we're adding two very nice stallions to our roster."

Discussing the late switch from the Champion Stakes to the QEII, the owner said: "We always new the ground would be a bit against him but I sat with John Gosden and said, 'We’ve already proved we're the best mile-and-a-quarter horse around, let's try to prove we're the best mile horse around', and he did it.

"It's an amazing feeling and I'm still on cloud nine."

After a performance like that, he was not the only one flying high at Ascot.