Brilliant Altior takes next step on way to Arkle challenge 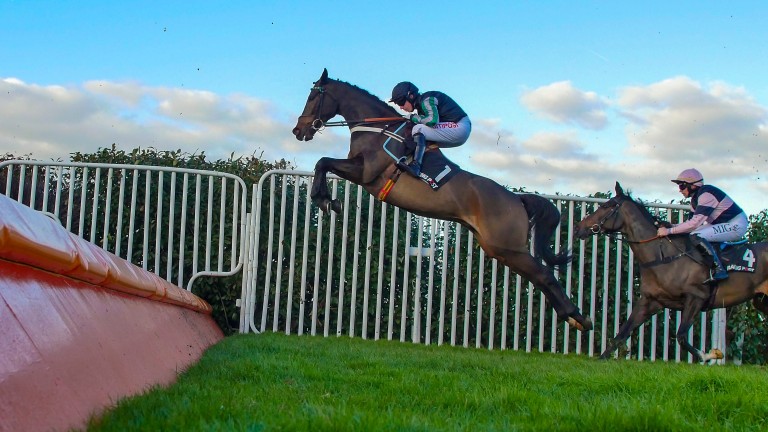 Altior: reported to be in great shape for his Kempton mission
Mark Cranham
1 of 1
By Lee Mottershead 6:00PM, DEC 26 2016

Altior was a champion novice hurdler last season and is a hot favourite to be crowned a champion novice chaser this season. There is, however, work to be done before his next Cheltenham Festival challenge, with the latest duties to be carried out at Kempton on Tuesday afternoon.

Had he not been switched to fences Altior would now be trading as one of the market leaders for the Stan James Champion Hurdle. Instead, he is a best-priced 7-4 for the Racing Post Arkle Chase, having most recently surged up the Sandown hill when capturing the Grade 1 Racing Post Henry VIII Novices' Chase.

Before that he had enjoyed a simple mission at Kempton, where he returns against four opponents - two seemingly outclassed, two very definitely heavily outclassed - in the Wayward Lad Novices' Chase. 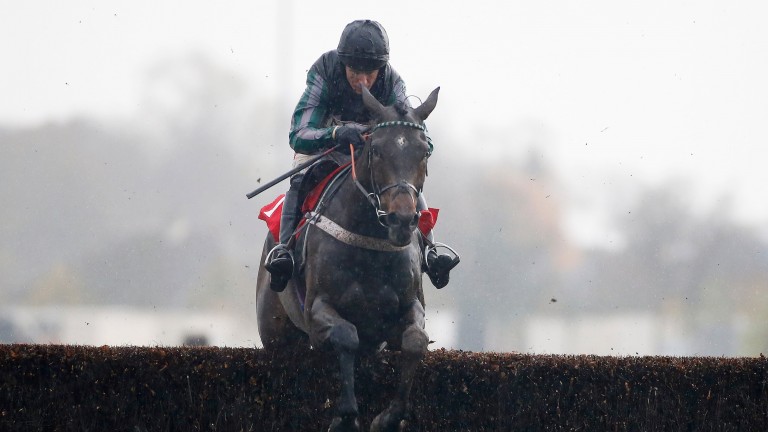 Altior measures a fence perfectly on his way to making an impressive debut over fences at Kempton
Alan Crowhurst
With Nico de Boinville still sidelined, Noel Fehily continues his unbeaten association with the six-year-old, whose trainer Nicky Henderson had also given Altior an entry in the 32Red Desert Orchid Chase, in which he would have faced senior two-milers Sire De Grugy and Special Tiara.

"It's a case of one step at a time," said Henderson.

"He now needs to come through this next step but we're very happy with him and he looks fantastic. He had a good school the other day and popped over a few poles this morning.

"It had occurred to me we could run him in the Desert Orchid Chase. In part that was because he would obviously learn a lot more going in a race at Special Tiara pace but, in the main, it would have allowed Buveur D'Air to run in the Wayward Lad.

"In the end, though, we decided that wouldn't have been the right thing to do. We'll find another race for Buveur and I imagine Altior will have one more run after this before Cheltenham."

Fehily, who could have gone to Chepstow to partner Hennessy Gold Cup second Carole's Destrier in the Coral Welsh Grand National, said: "It's such a thrill to ride Altior. He looks all class and has done nothing wrong so far."

Of those taking on Altior the horse with the best chance on figures is Marracudja – even though he finished 22 lengths behind the hotpot at Sandown.

Trainer Paul Nicholls said: "He's a hard horse to place and Altior's going to be a very tough opponent but we have to take our chance."

Although Zigger Zagger and Mrsrobin will be returned at massive prices, Stephanie Frances has shown herself to be a smart mare with four wins this term, including in a Listed hurdle.

"She can't beat Altior, but then nothing in the field can," said trainer Dan Skelton.

"I don't want to run her in a handicap until the spring, when everything's in her favour. She should be second or third here and pick up more black type and prize-money."

FIRST PUBLISHED 6:00PM, DEC 26 2016
It's such a thrill to ride him. He looks all class and has done nothing wrong so far