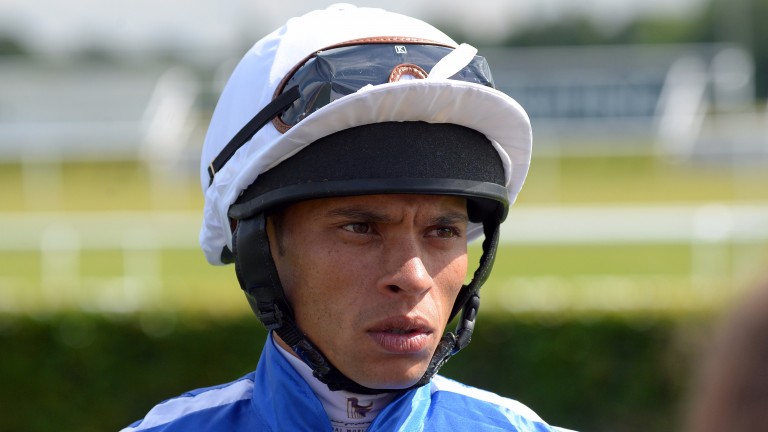 Team Talk overcame his lack of experience to emerge another potential Godolphin all-weather star with an impressive defeat of Educate in the Betway Churchill Stakes.

The only three-year-old in the Listed field taking on the likes of reigning all-weather horse of the year Grendisar less than six weeks after his winning debut at Leicester, Saeed Bin Suroor's gelding showed a terrific change of gear to make up four lengths on Educate in the final furlong and win by half a length.

Godolphin's 2015 Churchill winner Let's Go failed to shine in Dubai afterwards, but Team Talk will hopefully prove to be like ownermate Tryster, who won last year's Winter Derby and Easter Classic, a race for which he earned automatic qualification.

Jockey Sean Levey described the Teofilo gelding as "incredibly impressive" and added: "I thought I had a lot to do as I was a bit out of my ground and they didn't go overly quick, but when I asked for an effort he picked up really well. They weren't stopping in front and he's won really well.

"The step up to one mile two furlongs suited and he'll stay further as he was nicely settled and very professional. He has a bright future."

Grendisar finished a respectable fourth and Marco Botti said: "He was a bit rusty and it took him longer to hit top gear − usually he has an electric turn of foot. He'll come back next month for the Quebec Stakes."

Lord Of The Land also earned automatic qualification for Good Friday when completing a hat-trick of Polytrack wins in the Listed Betway Golden Rose Stakes – but there was a worrying postscript.

After justifying heavy support by coming from just off the pace to beat trailblazer Mythmaker by three-quarters of a length he was dismounted on the far side of the track and James Doyle, substituting for a sick Danny Tudhope, returned by car.

Doyle said: "He pulled up a bit sore. Obviously the vets are having a look at him and he's come back in the ambulance. We've done all we can to prevent anything more happening to him. I don't think it will be career threatening."

He added: "That's three on the trot now and he's clearly a horse who was going in the right direction, so let's hope he recovers well and still has a good campaign."

Champion apprentice Josephine Gordon rode out her claim on Friday evening and celebrated with a winner for her boss Stan Moore when landing the claimer on Threebagsue less than 24 hours later. It was just her third win of the year for Moore.

Gordon, who has set herself an ambitious 2017 target, is allowed three days' grace before her claim disappears, but Moore has no doubt at all that she will continue in similar vein when it is gone.

He said: "Fifteen months ago I think she had only ridden one winner. She's got a bright future. She works really hard and she's a seriously good rider."

Gordon said: "It's good to get one for Stan as he's had a tough time getting the horses right. It's been a great year for me, and next year I definitely want to get to 100."

Everyone seemed sure Shining Romeo had prevailed in the last, so a huge cheer went up when it was eventually confirmed that favourite Rubis had scored by a nose.

FIRST PUBLISHED 6:39PM, NOV 12 2016
The step up to 1m2f suited and he'll stay further as he was nicely settled and very professional. He has a bright future