Talk of the Tracks CARLISLE 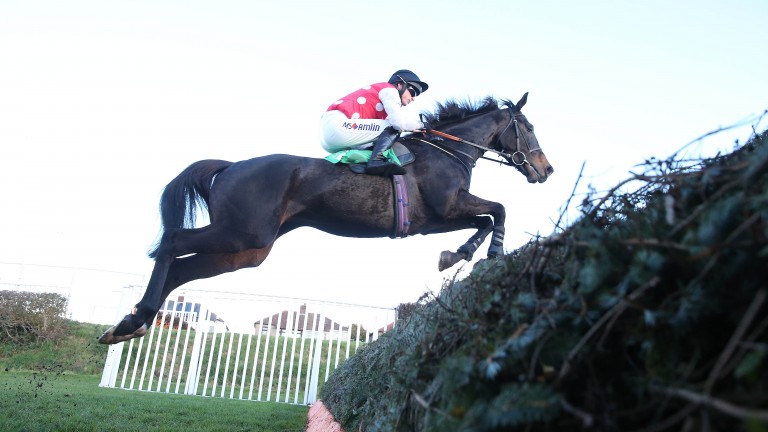 The mare Briery Belle was taking on some useful geldings as she made her chase debut in the 2m4f novice event but she made light work of her task to make all by a ready eight lengths, particularly impressing with her jumping.

The Henry Daly-trained seven-year-old won a Listed mares' handicap hurdle at Cheltenham in April and could soon be attempting to strike at the same level over fences.

Daly said of Tom O'Brien's mount: "She's always jumped really well and she was only going to get better for a fence. When they jump like that they're quite exciting. We could come back here for a Listed race at the next meeting here [November 27], or there's one at Warwick."

Owners Helen Plumbly, Jane Trafford, Kathleen Deane and Susan Holme were all in attendance and were delighted with their mare's performance.

O'Brien went on to complete a double on the Philip Hobbs-trained Onenightinvienna in the graduation chase.

No trouble and strife for Derintoher

Don't Tell The Wife Racing Limited might be one of the better names for a racing partnership, although for the owners of Derintoher Yank, the sentiment no longer holds true.

Between the Donald McCain-trained five-year-old winning at the track on October 13, and following up under a penalty in the 2m4f novice hurdle yesterday, things have changed.

One of the owners, Carl Mitten, explained: "All the wives know now. Last time not everyone knew but now they're all in tune with what's going on. I can't tell you who it was."

There was none of Derintoher Yank's previous tail-flashing as he beat runner-up Dick Darsie by a comfortable 14 lengths at odds of 1-2, and McCain said of Will Kennedy's mount: "He's learning his job quietly. He's jumped better and settled better, and he's growing up."

Just Minded landed a gamble in the concluding bumper with a game staying performance under Danny Cook who, along with trainer Sue Smith, was completing a double following the earlier win of Palm Grey in the 2m4f handicap chase.

The five-year-old, a half-brother to last season's Coral Cup winner Diamond King, was backed in to 4-1 from 9-1 and is owned by Trevor Hemmings, who was in attendance along with his advisor at Preston North End, former Leeds and Cardiff chairman Peter Ridsdale.

Hemmings said: "It was a lovely win, he did it nicely, and Kayf Taras get better as they get older.

"I love to come up because I love the banter I get around here."

Theatre Act made it two from two in the cheekpieces when making all under Brian Hughes in the opening 2m1f novice handicap hurdle.

The five-year-old mare also won over 2m4f at the track on October 20 and trainer Chris Grant said: "The cheekpieces seemed to have helped her. I was a bit worried it would be too short for her today but to be fair to her she's done it well."

Carlisle was a front-runner's paradise yesterday as the first five winners all made all.