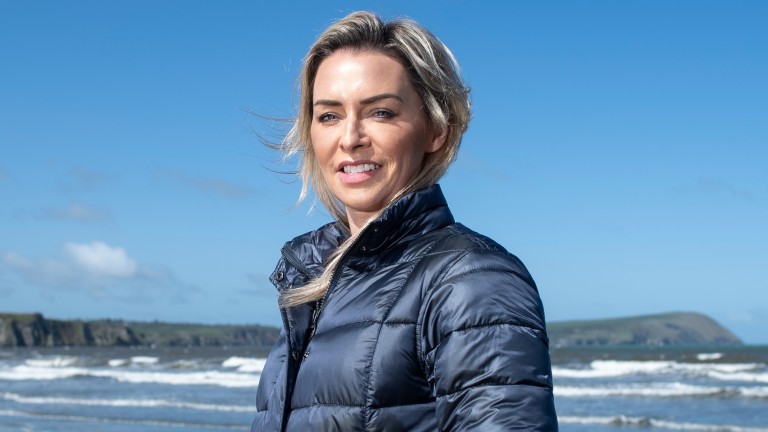 Joueur Bresilien, owned by the Inthewayboy Group, had not run since finishing eighth in the Classic Chase at Warwick last year but returned in fine form under a patient Hughes ride to score by three and three-quarter lengths.

Curtis said: “Brian was brilliant on him and rode him exactly how he needs to be – switched off and arriving late.

“He’s a massive horse and had the odd leg problem that has kept him off, but he’s lightly raced for a nine-year-old and could be one for veterans chases next year.”

Harry hot on the heels

The Charlie Longsdon-trained Parramount, owned by Alice Fox-Pitt, secured a double for Hughes in the 2m½f bumper, but Harry Skelton stayed within six winners of the championship leader with two victories on the card as well.

Skelton teed up Allmankind’s Arkle tilt aboard the similarly Bill and Tim Gredley-owned Stepney Causeway, who gained a second juvenile hurdle win in the 2m2½f event, before riding his 110th winner of the campaign on the JP McManus-owned Vision Du Puy in the 2m½f handicap hurdle.

Trainer Dan Skelton said on Racing TV: “The extended distance suited Stepney Causeway as he relaxed in front and stayed well – it was quite a taking performance.

“It didn’t happen for Vision Du Puy last season but she’s been a different horse with the sun on her back. Her stamina came to the fore.”

FIRST PUBLISHED 6:30PM, MAR 15 2021
He’s lightly raced for a nine-year-old and could be one for veterans chases next year

'Kim would have loved it' - Colin Tizzard to give grandson debut ride on Sunday 'He's a strong stayer so the hill at Cheltenham will definitely suit him' 'Nicky has plenty of nice young horses - this one really could be anything' Bring it on: Champion Chase favourites don't scare Dan Skelton with Nube Negra Injury rules Triumph Hurdle second favourite out for the season What next for Sporting John? Hobbs mulls festival options for Warwick winner