Brewin'upastorm readily accounts for McFabulous in Grade 2 at Fontwell 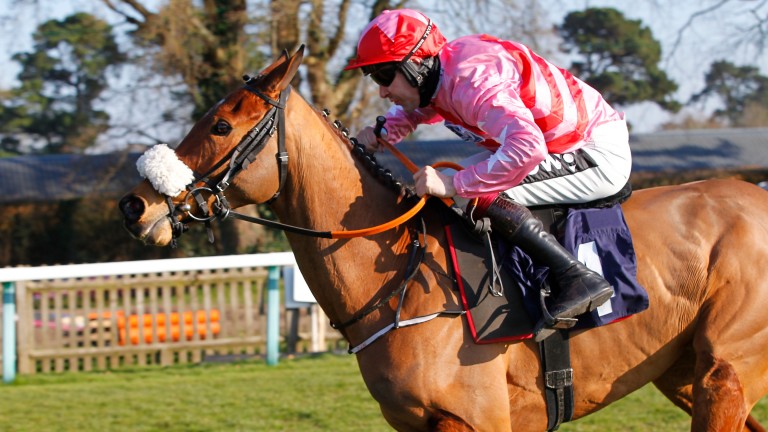 Olly Murphy feared Brewin’upastorm was a lost cause earlier this season but his remarkable turnaround continued as he powered to Grade 2 success in the Loch Lomond Whiskies National Spirit Hurdle, setting up a tilt at the Aintree Hurdle next.

A talented novice hurdler who looked destined for even better things as a novice chaser last season, Brewin’upastorm lost his way after getting “an awful fright” in the Arkle at Cheltenham.

Murphy was left scratching his head after he finished last of six at Carlisle and last of five in the Tingle Creek at Sandown, but the decision to revert to jumping hurdles has proved inspired, first in a veterans’ event at Taunton and now in a classy Grade 2 field.

It was a moment that clearly meant plenty to Aidan Coleman, appointed stable jockey to Murphy in October and for whom this was a major win to cement the partnership.

Watch the 2021 running of the National Spirit Hurdle

Coleman had set out to take his time on the eight-year-old but went earlier than intended with his race-winning move to capitalise on the error-strewn ways of favourite McFabulous, who made a series of jumping blunders and was beaten five and a half lengths into second.

Coleman, who let out a roar crossing the line, said: “I was quite anxious, I did want to follow McFabulous to the last but when I saw he was under pressure down the back I didn’t want to give him a chance so I committed sooner than I'd planned. I was there a bit soon but I thought it was the best thing to do rather than sit on his girth and give him a chance to beat me. It’s a great race to win.”

For Murphy, three and a half years into his training career, this was an important moment, a performance which confidently announced one of his stable stars is heading in the right direction again.

He said: “We’ve got an awful lot of young horses and we haven’t got a lot of horses for these kinds of days at the moment. 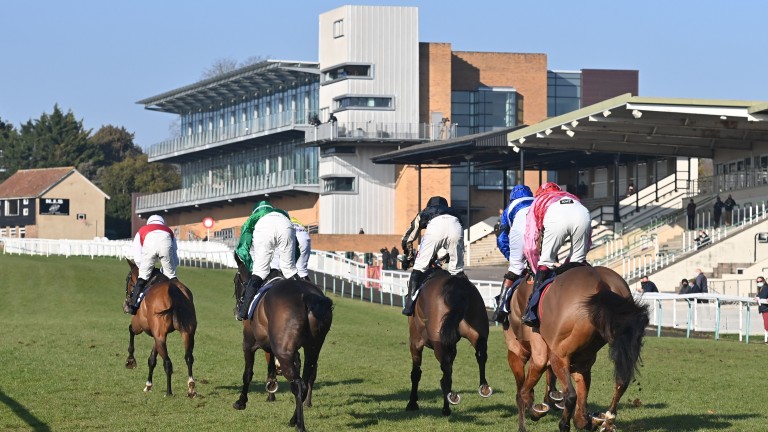 “He was a very good horse as a novice, he was fourth in a Ballymore and second in a Grade 1 at Aintree, and he looked like he was going to be a very good chaser before getting an awful fright in the Arkle.

“After he ran in the Tingle Creek this horse was a lost cause and I didn’t know what we were going to do with him. But Taunton miraculously put on a veterans’ hurdle which he fitted into perfectly.

“I thought he was very impressive. He got 6lb off the majority of the field but I’d say if he gave them 6lb he’d have won anyway. It’s great we’ve got our old horse back.

“He hasn’t got an entry at Cheltenham, so I’d imagine we’ll go straight to Aintree for the two-and-a-half-mile Grade 1.”

FIRST PUBLISHED 3:26PM, FEB 28 2021
After he ran in the Tingle Creek this horse was a lost cause and I didn’t know what we were going to do with him