Brendan Powell banned from taking out trainer's licence for 12 months 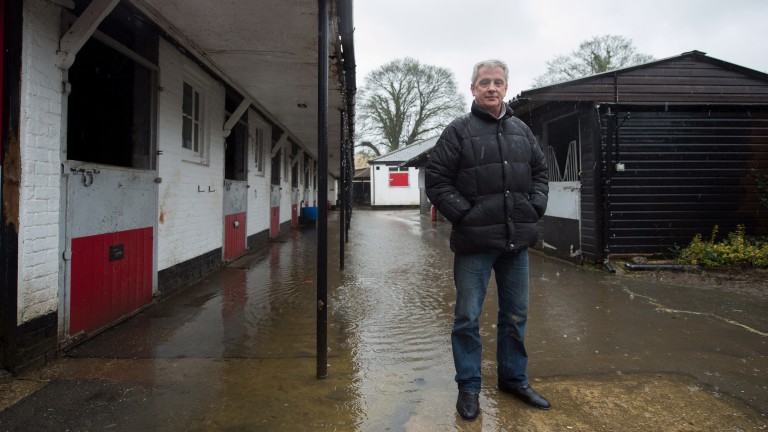 Brendan Powell: alleged to have allowed surgery to take place on a horse in his care without the owner knowing
Edward Whitaker (racingpost.com/photos)
1 of 1
By Bill Barber UPDATED 2:47PM, MAY 7 2020

Former trainer and Grand National-winning jockey Brendan Powell has been fined £2,500 and told he cannot apply for a trainer's licence in Britain for 12 months after he was alleged to have allowed surgery to take place on a horse in his care without the owner knowing.

Following a disciplinary panel hearing on Thursday morning, Powell was found in breach of rule (A) 30, conduct prejudicial to the good integrity, proper conduct or good reputation of racing, in that he failed to notify an owner that their horse was injured and required surgery, allowed the horse to have surgery without informing the owner, misled the owner about the horse's condition and made entries despite knowing the horse was unfit to race.

The charges relate to the period between October 25 and December 23, 2017. The owner and the horse are as yet unnamed.

It is understood there was no evidence of the horse's welfare having been compromised.

Powell said it had been a fair hearing, adding: "There's not a lot to say, it's there in black and white. I admitted to it so that was it really.

"It's been ongoing for three years and I am just glad it's over now."

Powell could have faced a disqualification of up to three years from racing or a fine of up to £15,000.

His fine has been deferred for six months due to the Covid-19 crisis, while he would still also be able to work in a British racing stable if he chose to.

Powell, who rode Rhyme 'n' Reason to victory in the 1988 Grand National, ended his training career in April last year and has since been assistant trainer to Joseph O'Brien in Ireland.

The case was heard solely by panel chair Brian Barker QC. Written reasons "will follow in due course".