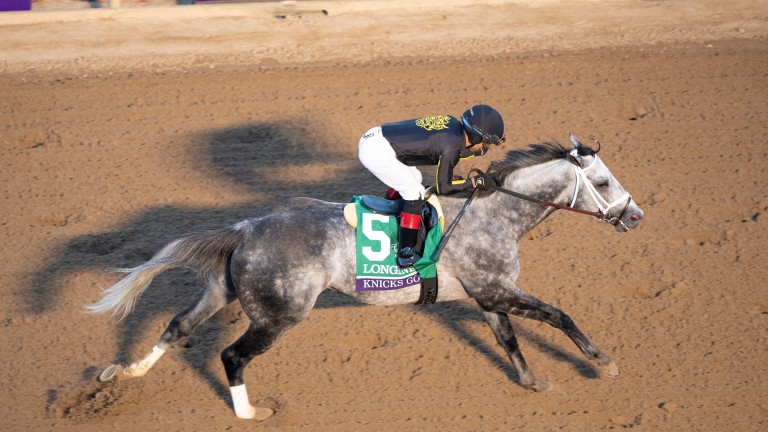 Joel Rosario's mount, trained by Brad Cox, made all on his first try at 1m2f to beat Kentucky Derby winner Medina Spirit and record a fifth Grade 1 victory.

Knicks Go finished second in the Breeders' Cup Juvenile in 2018 for Ben Colebrook but has gone from strength to strength since joining Cox last year.

He landed the Dirt Mile at this meeting last year, followed by top-level wins in the Pegasus World Cup and Whitney Stakes this year.

It was a first Classic success for Cox, who also saddled favourite Essential Quality to finish third, with Knicks Go following past greats like Cigar, Zenyatta, American Pharoah and Arrogate by winning the $6 million (£4.07m/€5.19m) contest.

Cox said: “He’s tremendous and a champion. I’m very proud of him. It was a tough race to watch with Essential Quality in there too and I love them both. They’re like your kids and you don’t want to see one of them get beat.

“There’s a lot left to accomplish in this game and we’ll keep moving forward.”

'He just goes faster and faster'

It was fairly straightforward for the Korea Racing Authority-owned Knicks Go, who grasped the lead almost immediately from stall five, from which Life Is Good and Aloha West were also successful in dirt races on the card.

He led by just over a length turning into the straight and kept finding all the way to the line, with Medina Spirit faring best of the rest in behind.

Rosario, who won the Classic on Accelerate in 2018, said: "He’s really fast and he just wanted them to chase him. It seemed really easy through the race for him and he was in a great rhythm. He's amazing and just goes faster and faster." 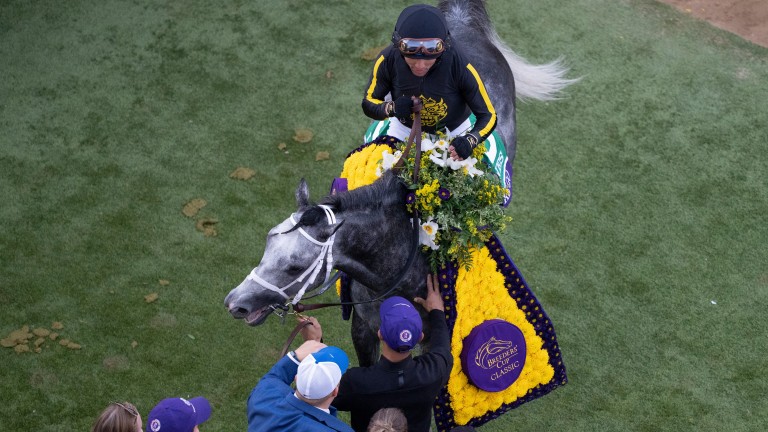 Knicks Go is led back in under Joel Rosario
Edward Whitaker

Essential Quality pipped Hot Rod Charlie for third, mirroring last year’s meeting when they were one-two in the same order in the Breeders’ Cup Juvenile at Keeneland.

Medina Spirit would have been a controversial winner of the meeting's feature race, with his trainer Bob Baffert still contesting the result of his Kentucky Derby winner's post-race positive for a prohibited substance.

The leading trainer is banned from having runners at Churchill Downs, a suspension the New York Racing Association also tried to enforce only for Baffert to be granted an injunction. His Breeders' Cup runners faced increased testing and security protocols this year.

Saudi Cup entries: Mishriff could eclipse Winx as world's highest-earning horse The extraordinary innovation behind a US champion and Korea's global ambitions