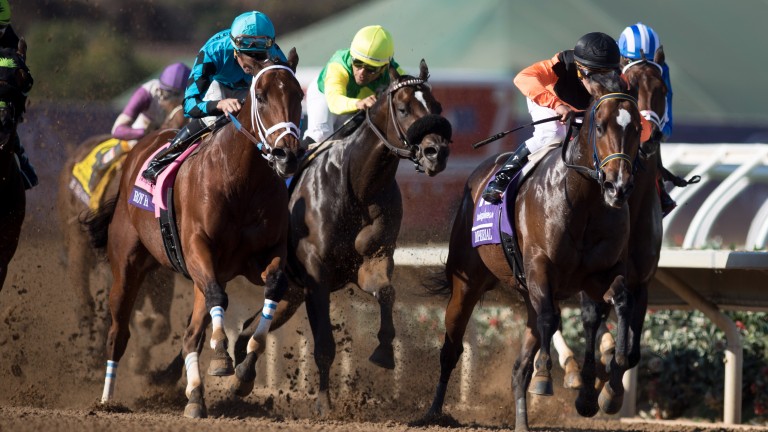 Breeders' Cup winner Roy H (Peter Miller/Kent Desormeaux), recently crowned champion sprinter at the Eclipse Awards, breaks from the rail in a field of five as he kicks off his six-year-old campaign.

Connections are eyeing the Dubai Golden Shaheen after this $200,000 test, which also features Mongolian Saturday (Enebish Ganbat/Flavien Prat), who has won only once since his victory in the 2015 Breeders' Cup Turf Sprint.

After making the frame in the last two editions of the Dubai World Cup, Mubtaahij (Bob Baffert/Drayden van Dyke) has his prep for this year's race. Rivals are headed by Accelerate (John Sadler/Victor Espinoza), who beat Arrogate at Del Mar last summer.