Balnaslow, seen here winning the Foxhunters' at Aintree under Derek O'Connor, is the latest to fall foul of the cobalt threshold
Martin Lynch (racingpost.com/photos)
1 of 1
By Richard Forristal UPDATED 8:57PM, JAN 3 2019

The cobalt controversy that has plagued British and Irish racing over the past 18 months could claim its highest profile winner as it has emerged as the substance that could see leading hunter chaser Balnaslow stripped of his Aintree Foxhunters' success.

The Graham McKeever-trained 12-year-old finished second in the 2017 Foxhunters' before going one better last year when recording a poignant victory under Derek O’Connor, months after the death of Balnaslow’s owner Peggy Hagan.

However, George Barlow, who owns the runner-up Bear’s Affair, indicated at Cheltenham on Tuesday that he was awaiting official confirmation that his horse would be awarded the race.

While the BHA has still to conclude its investigation nine months on, it is understood that Balnaslow faces being disqualified after testing positive for elevated levels of cobalt.

When contacted by the Racing Post, McKeever did not want to comment while the case was ongoing, and the BHA has stated that it does not comment on "potential investigations". 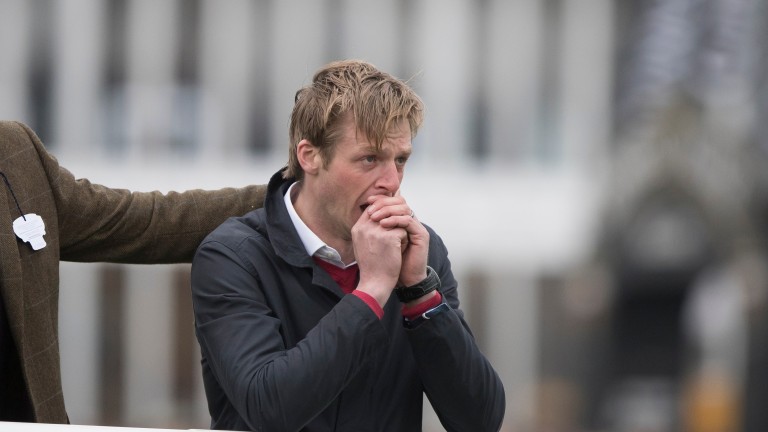 Since the spring of 2016 when the International Federation of Horseracing Authorities (IFHA) established a threshold of 100 nanograms of cobalt per millilitre in urine and 25ng/ml in plasma, subsequent breaches have seen four track and point-to-point winners – trained by Shark Hanlon, Pat Kelly, Mikey O'Connor and Joseph O'Brien – disqualified in Ireland.

In Britain, McKeever's fellow Northern Ireland-based colleague Stephen McConville and his son Michael were hit with three-year bans after Anseanachai Cliste tested positive for cobalt at the 2017 Cheltenham Festival.

Anseanachai Cliste was a late withdrawal from the Foxhunter there after blood-covered syringes were discovered in a bag taken on to the racecourse.

At the time, Bastiman was operating as assistant to his daughter Rebecca, who was fined £5,000 for her role in a case that found her father guilty of injecting on race day the cobalt-containing Haemo 15, the same tonic that the McConvilles admitted to administering to Anseanachai Cliste.

Cobalt is an essential trace element and is naturally present in horses but studies have concluded that it also has the potential to enhance performance above normal physiological parameters, while research has also suggested high concentration levels can pose a welfare risk.

Because of its capacity to increase red blood cells and therefore improve metabolic efficiency, it has been compared to the human blood-doping agent EPO, although some, including leading trainer and qualified vet Mark Johnston, insist that cobalt does not have performance-enhancing benefits.

Details of the Balnaslow case are unconfirmed, but there is a suggestion that a commonly used supplement may be central to the investigation.

Inadvertent contamination via supplements and a salt lick were in effect accepted by Irish Horseracing Regulatory Board referral panels for the Hanlon and O'Brien breaches, and a number of manufacturers have reacted to the spate of cobalt transgressions by actively removing cobalt-containing agents from their products.

Trainer Joseph O'Brien was absolved of responsibility after IHRB accepted a salt lick that the horse was exposed to on race day was to blame. Fine waived.

Trainer Shark Hanlon hit with suspended 18-month ban and fined €7,000 plus costs of €2,000 after IHRB found that the horse was exposed to the substance on race day. Hanlon put the breach down to use of four cobalt-containing supplements.

Trainer Mikey O'Connor fined €1,000 plus costs of €500 but absolved of blame after IHRB concluded the horse was administered a cobalt-containing B12 injection on raceday.

Trainer Pat Kelly fined €1,000 plus costs of €3,000 after IHRB found that the horse was exposed to cobalt proximate to race, but Kelly ultimately absolved of responsibility for a reading that was over 13ng/ml above the 25ng/ml permitted in plasma.

Trainer Stephen McConville and son Michael banned for three years after blood-stained syringes were identified on the way into the stable yard. Both admitted injecting the horse with cobalt-containing tonic Haemo 15.

Trainer Rebecca Bastiman fined £5,000 and her assistant and father Robin banned for three years after the latter was found to have injected the horse with Haemo 15 on race day.

FIRST PUBLISHED 7:07PM, JAN 3 2019
Details of the Balnaslow case are unconfirmed, but there is a suggestion that a commonly used supplement may be central to the investigation